In the late 1980s, on Christmas Eve, unexplained lights appear in the skies over Rendlesham Forest, Suffolk, England. The events take place outside RAF Woodbridge used at the time by the United States Air Force (USAF). 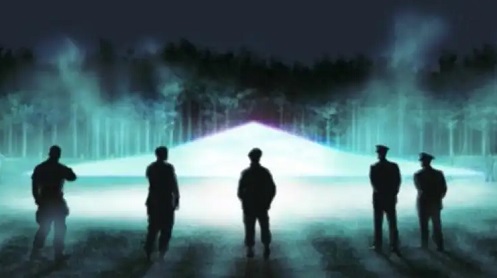 Many people one might say dozens belonging to the USAF witnessed these strange events for two or three days.

This peculiarity is precisely what reinforces the credibility of this incident, as there were many witnesses who attested to what happened, not just civilian witnesses, but also military witnesses.

The Scene of Events: Rendlesham Forest

Rendlesham Forest is owned by the Forestry Commission and comprises approximately 5.8 square miles of land, is located in the county of Suffolk, approximately 8 miles (or 13 km) east of the city of Ipswich.

At that time, in the area north of the forest there were two military bases, which were being occupied by the US Air Force (curious case).

Threat to national security?: The government said no, but that wasn’t a yes in disguise

The Ministry of Defense of that country denied the possibility that these events could become a threat to national security.

However some time later abundant and important evidence was found indicating that the Ministry of Defense was indeed very interested in investigating these events and went beyond what we all expected.

On 26 December, around 3am strange lights were reported by a security patrol near the East Gate of RAF Woodbridge (Royal Air Force Station Woodbridge).

Those in attendance initially thought the reported lights were a downed plane; however, some of them, after entering the forest to investigate, saw lights moving between the trees and could also appreciate the light emitted by a larger object that was identified as a UFO.

A Soldier Encounters a Strange Ship: The Message Delivery

One of the soldiers present that night in the forest, named James W. Penniston, finds a ship of unknown origin – as he narrates it -; The craft was on the surface and in a state of rest so Sergeant Penniston did not hesitate to board her.

Minutes later, when Penniston was already beside the ship, he decided to touch it. Penniston could feel a warm sensation after making contact with the object and was also able to see a series of symbols that he was able to write on his body according to what he said.

Sometime later Penniston would realize that that wasn’t all that had happened and he would also find a message planted in his mind.

The craft supposedly ascended after this brief encounter and Penniston was then able to see the object’s triangular landing gear, which left three impressions in the ground that remained visible until the next day.

Some time later, in the year 1984, Penniston suffers a hypnotic regression and among what he managed to remember he stated that the ship he found came from the future and that it was occupied by time travelers and not by aliens as many presumed.

Note that this incident does not appear in the sergeant’s copies of reports, reports presumed to have been given to his superiors.

The next day… they try to cover up the evidence

Early in the morning of December 26, local police were called to the site of the alleged encounter between Penniston and the unknown craft, finding the same tracks that the sergeant claimed had been produced by the craft’s triangular landing gear.

Police report that these marks may have been caused by an animal. People in the area also claimed that their barnyard animals behaved strangely that night. 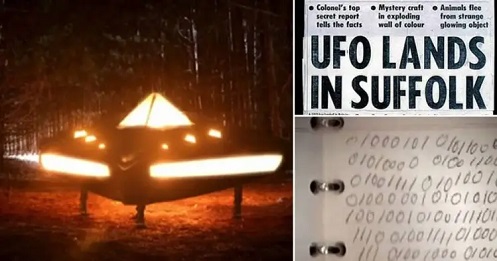 Some aviators at the air base on the other hand claimed to have seen a conical metallic object that was suspended in a yellow mist above the trees and with a pulsating blue circle.

The alleged object seemed aware of the presence of the planes and moved away from them – narrated the aviators so they decided to follow and hunt it down. Airmen report feeling dizzy as they approach the object.

It is presumed that these people were interrogated, threatened and forced to sign documents swearing to remain silent.

Some even said they were forced to sign a document claiming the UFO was a beacon. Other reports clarify that the military were forced to remain calm under the warning: “bullets are cheap”.

However, in 2008 Lieutenant Colonel Halt stated in an interview with the CNN news channel that until that day it had not been possible to declassify information about the incident.

James W. Penniston who witnessed the events of the day after Christmas in 1980, an event he says changed his life.

With a solid career in the United States Air Force Penniston joined for the first time in 1973 at the age of 18, after basic training, he was recruited into the Elite Guard of the Strategic Air Command (SAC).

In 1980 he was assigned to the Tactical Fighter Wing and Security Police Squadron at Bentwaters Air Force Base. 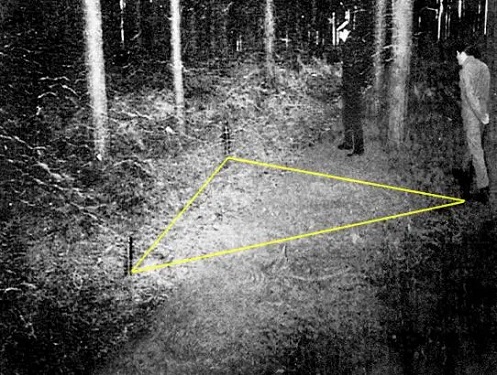 It was there that he had his strange encounter. During his career he received 27 military honors, in addition to receiving a letter of appreciation from the president. He retired in 1993.

The event he witnessed is widely known as the Rendlesham Affair. After some thirty years Penniston spoke to an audience of around 300 people in “Back to Rendlesham Forest”, revealing that there was some unpublished information.

When Penniston had touched the unknown craft thirty years before he had had a sort of telepathic jolt directly through his mind. Images of ones and zeros, images in his mind that didn’t go away until he wrote them down later at home on a notepad he carried around at the time.

It was some kind of binary code. Experts believe that there is no language more universal or easier to understand than mathematics (among beings who speak different languages) and therefore, it would be likely that if an extraterrestrial civilization tried to communicate with humanity, it would use numbers.

Penniston never revealed this information, but he says that after the incident he did not stop dreaming about it and especially about the message he had received in binary code.

He never bothered to try to decipher it due to his limited knowledge, so in October 2010 he entrusted 6 pages of his handwritten zeros and ones to a computer programmer in the hope that it could be translated into a meaningful sentence.

This is a screenshot of Penniston’s notebook where he wrote down the received binary message:

The programmer transcribed all the binary code to his computer and after performing a simple conversion he obtained the following: 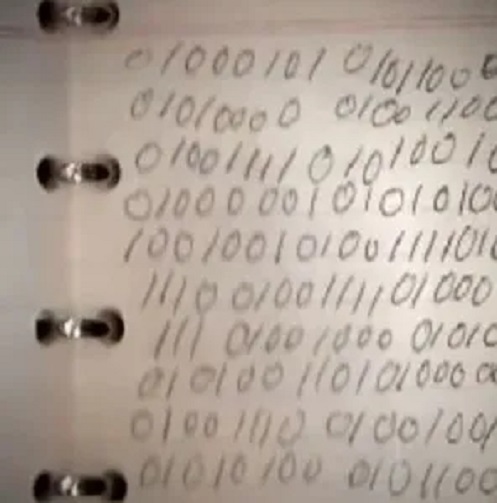 From what can be extracted: 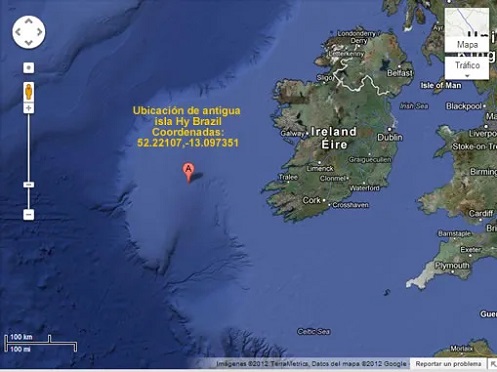 The message also contains some coordinates that correspond to an ancient island now submerged. The island is called HY Brasil, which according to ancient Celtic legends was home to a civilization thousands of years ahead of its time.

Searching on google maps for the coordinates indicated in the message, we found this location:

Often on the shallow seabed can be seen traces or elevations that could make us think that an ancient island was present many centuries ago however in this case no evidence of this can be found.

A slightly crazy idea, but which we consider quite possible is: “Why think that there was an island in that place?

We could open our minds a little and make room for the idea that a floating mother ship or an alien base could be positioned at these coordinates and that it didn’t sink, but rose…” What do you think?