Twitter fiction goes far beyond what we could imagine. This account of how the Nazis traveled through time could make even Indiana Jones’s hair stand on end. 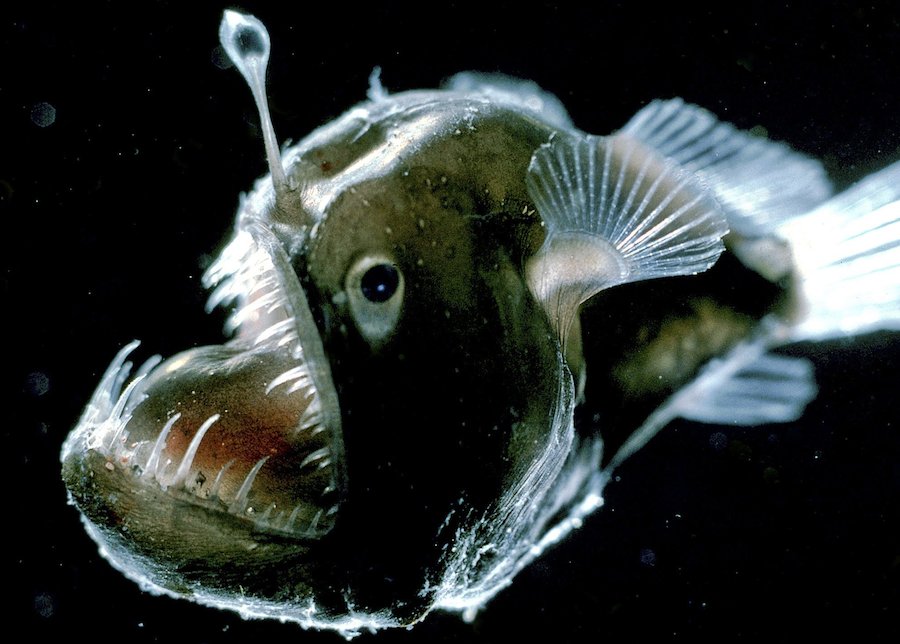 This ugly and fascinating fish is a monkfish. It is known as AF-67 and is the author of one of the most devastating discoveries in recent centuries.

The AF-67 monkfish was part of Pleanville University’s “Haliade Project”. They selected 77 deep-sea fish and equipped them with micro-cameras and tracking devices to explore the deep sea through them.

With the microcameras and tracking beacons installed, AF-67 was released into the Indian Ocean, hoping that it would decide to dive into the Lamu-Rhino abyssal pit.

Monkfish was one of the fish chosen for this project because it has its own light source.

This is important to obtain images at a depth of 10,500 meters, where the only sunlight that shines is due to its absence. Where things do not emit heat.

Once recovered, this monkfish obtained dozens of interesting but not particularly relevant images. Mostly videos of other abyssal creatures that were already in the catalog of marine biologists.

But amid so much irrelevant information, AF-67 made an unexpected discovery. At first they confused it with the corpse of a sperm whale.

After analyzing some of the frames carefully, they realized that it was a human-made artifact. Probably a sunken submarine.

Hypotheses confirmed by seeing a swastika on the pressure helmet … And a serial number. This “license plate” allowed the identification of the device: EL U-515. 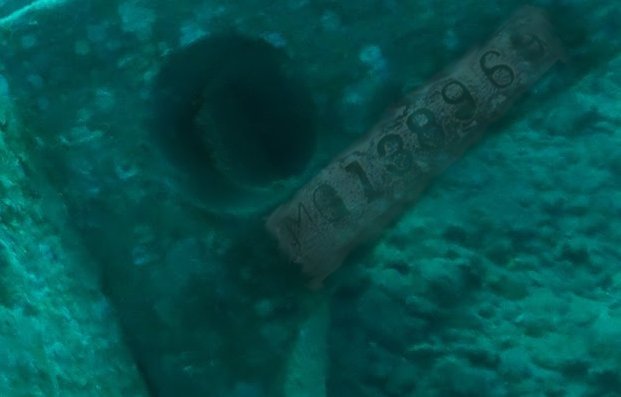 A Nazi submarine that caused many headaches to the US intelligence services, and gave a lot to talk about in the world of conspiracies. Why?

Because that submarine disappeared when it carried inside “The Bell Of Wöhlenbach” a contraption developed by Nazi scientists at the end of World War II, designed to travel through time.

The most skeptical assumed that the Nazis never managed to make The Bell work. The most daring fantasized about the possibility that the disappearance of U-515 would prove just the opposite:

The submarine vanished without a trace because it traveled back in time.

The hottest minds even suggest that Hitler himself was aboard U-515 and escaped to another era by activating the submarine’s “Bell”.

As you can imagine, the discovery of this submarine by the anglerfish AF-67 meant a jug of cold water for those who bet on the theory of time travel. But nevertheless…

When they recovered the monkfish AF-67, they rewarded their services by dissecting it for an autopsy, and found symptoms in its stomach and cells that it had been exposed to radioactive isotopes.

The kind of radiation that, according to physicists at the University of Pleanville, could release (always “in theory”) a device designed to alter space-time parameters.

Having these data, a rather suggestive hypothesis was considered: What if the crew of the submarine, once stranded at the bottom of the abyssal pit, in a desperate attempt to escape, decided to activate “La Campana”?

What if “La Campana” really traveled back in time? 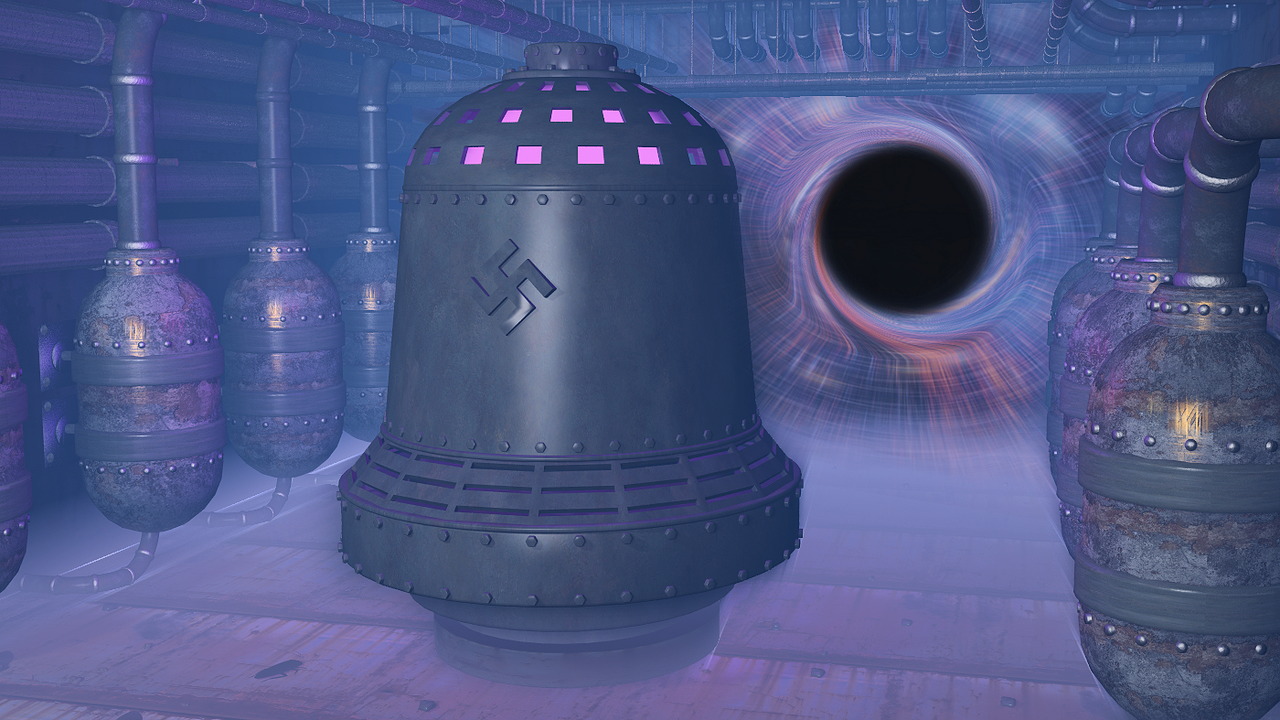 To corroborate or disprove this madness, the Pleanville researchers thoroughly studied the writings of one of the most cryptic and prodigious scientists that our century has given, Ilja Mladenek: Serbian engineer, disciple of Tikola Tesla.

He worked designing advanced technology for the Nazis until the US government rescued him in the context of Operation Paperclip to benefit from his knowledge.

Mladenek was one of the architects of the Wöhlenbach Bell.

According to his research notebooks, the artifact was capable of moving through the fourth dimension, allowing any object within a radius of 8 meters from its epicenter to travel through time.

But according to Mladenek’s notes, that technology had limits. “The Bell was only capable of traveling to the past.”

The exact year Hitler intended to go back with The Bell also appeared in the notes of the Serbian engineer: 12,103 BC.

This initially led the Pleanville researchers to dismiss the idea that U-515 had traveled through time.

Why? Because in that case the submarine, when sinking into the abyssal pit, in addition to transporting “La Campana”, would have landed on top of it.

The Bell would have remained for millennia waiting for itself at the bottom of the sea. And the images of the monkfish did not show any other objects besides U-515.

It was Margaret Canker, Professor of Astrophysics at Pleanville University, who realized that they were making a small mistake. 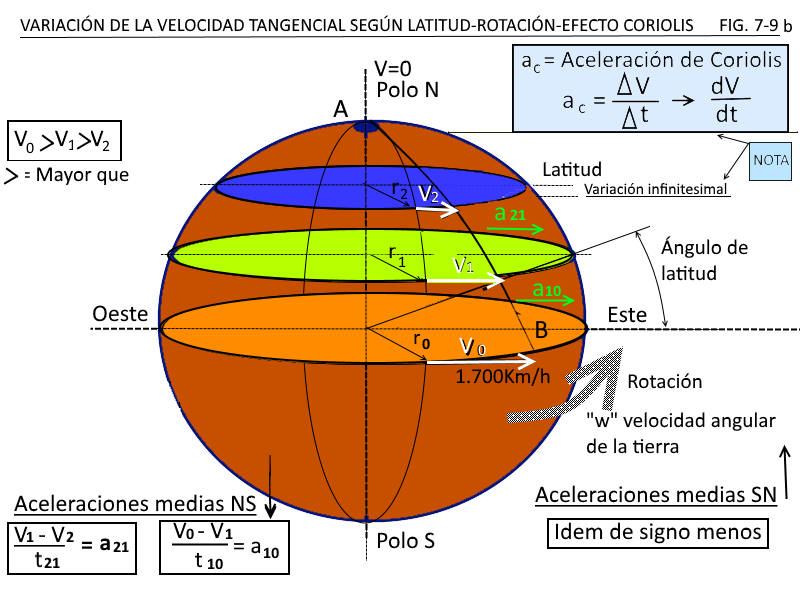 They weren’t counting on the rotation of the Earth. “La Campana” travels in time, but not in space.

As it moves through the years and centuries, the planet rotates in the latitude corresponding to the Lanu-Rhino trench, at more than 1,000 kilometers per hour.

This speed of rotation has increased in recent centuries due to overcrowding. We have increased the mass of the planet significantly, and this implies that we no longer rotate as slowly as a few millennia ago.

As if that weren’t enough, the angulation of the Earth’s axis of rotation has also changed. In other words:

An object going back to 12,103 BC would not appear at the same geographic point where it began its journey.

Canker made the calculations taking into account the changes in the axis and speed of rotation over the last 14,021 years and came to the conclusion that “La Campana”, if it had gone back to the date for which it was programmed, would have arrived. here:

A hilly area of ​​the Himalayas, almost 5,000 meters high, within what we know today as Tibet.

Pleanville University sent an express expedition to that area of ​​Tibet. Did you find La Campana there? Of course not.

But they found metallic remains that could belong to it and even more important: radioactive isotopes identical to those of the monkfish AF-67.

Had La Campana reached its destination? Had anyone found it in those lands more than 14,000 years ago?

That would explain the references in the sacred Sanskrit scriptures to some gadgets that we have already talked about here on other occasions: The Vimana.

Mentions of the vimana in Hindu mythology baffle scientists to this day.

In other religious texts “chariots of fire”, flying creatures, etc. are mentioned. But the case of the vimanas is different. The ancients described them as machines.

A Nazi mission commanded by Dr. Ernest Schäfer traveled to Tibet in search of the origins of the Aryan race and ended up (perhaps) finding the remains of a vimana, or the technology that made them possible.

It is rumored that thanks to these findings, Third Reich scientists were able to build The Bell and other prototypes of warfare that looked suspiciously like flying saucers.

Did they use the technology of “La Campana” in the remote past, to develop those “flying ships” that ended up transcending under the name of “vimana”? 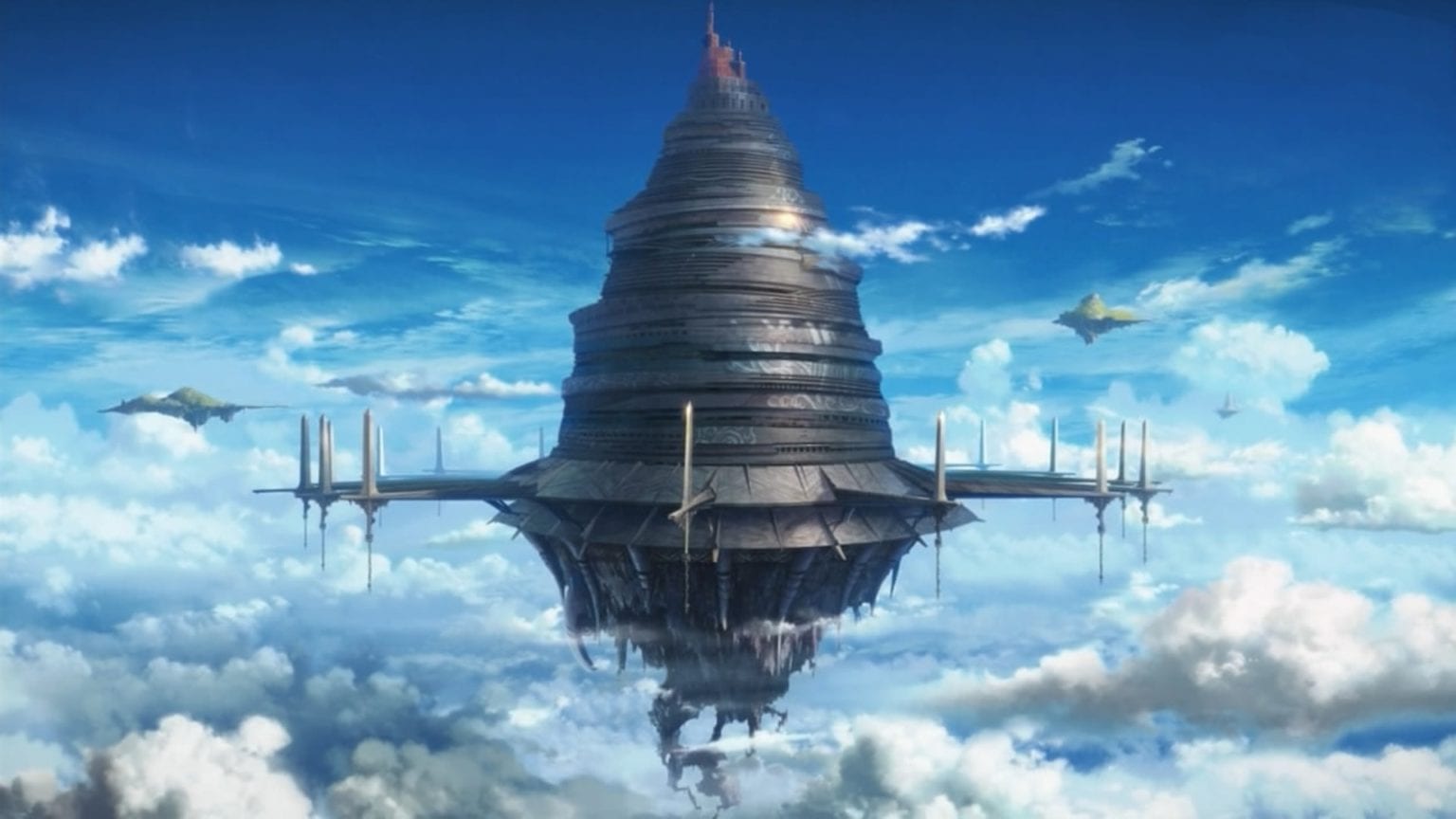 In that case, those who called themselves “Aryans” resorted to wisdom from the past to travel to that past, sow the myth of the “Aryan race” and leave there the instructions that would help them in the future to build the necessary tool to be able to close that circle.

Did Hitler purposely sink that submarine at that point in the Indian Ocean? What has the United States been doing with all that technology since it seized it at the end of World War II? End.

We hope you liked this fictional story, because it is nothing more than a story created by Juanjo Ramírez, who is one of the great masters of tweet fiction.

Precisely one of his specialties is clinging to real elements to build a spectacular science fiction universe on top of them. And there is nothing that has inspired as many science fiction tales as so-called Nazi technology.

What could be more interesting than such a conspiracy? So we disconnect a bit from so much political shit these days that we seem to go crazy.