The Mojave Desert, located southwest of the United States, is subject to many mysteries and has been a preferred place for many field tests. From the alleged secret government activity and UFO landing to the secret extraterrestrial bases, the desert is associated with many amazing stories. 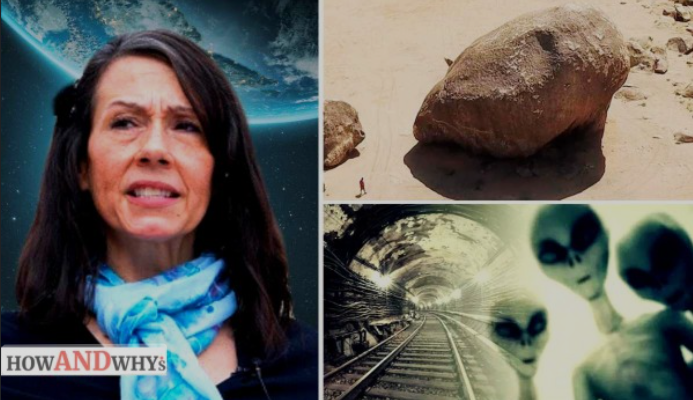 It is believed that the Giant Rock’s location is a spiritual vortex where the Earth’s ley lines intersect, thus channeling mystical and psychic energy. Perhaps there is some validity to this assertion? After all, Landers, located about twenty miles north of Joshua Tree National Park, was the epicenter of a severely destructive 7.3 magnitude earthquake that occurred on June 28, 1992. The immense boulder of igneous quartz monzonite was formed some 65 to 136 million years ago.

In the 1950s, the largest boulder in the Mojave Desert was the pilgrimage for UFO enthusiasts where a number of UFO conferences were held. Giant Rock has been a Native American spiritual site for thousands of years. Stories and legends of the rock describe the contact with so-called Nordic aliens which provided the design plan for the dome structure, Integratron which claimed to be capable of rejuvenation, anti-gravity, and time travel.

At that time, the news about UFOs and flying saucers were popular in the media. On August 24, 1953, Van Tassel, a retired aircraft testing mechanic from Ohio said he had a visit from people who had the technology that humans could never imagine. This made him believe that they were from outer space. He received a design for the time machine for basic research on rejuvenation, anti-gravity, and time travel from the so-called otherworldly people. He put an effort to build a white-domed structure that sits four stories high. The dome is 13 meters high and 17 meters in diameter. During the construction, no metal parts and fasteners were used.

From the declassified FBI files from the 1950s: On May 11, 1957, Army Intelligence Corpsman, Wayne Sulo Aho attended an annual convention for flying saucer “believers” held at Giant Rock. According to a newspaper account, one night of the convention, Aho says he was drawn by some strange force out into the surrounding Mojave desert. The forces were controlling his body.

After Aho had walked two miles into the desert, an egg-shaped flying saucer descended and changed into the shape of a crimson sphere. At that point, he experienced a series of telepathic exchanges with intelligent beings that warned him that the earth “is in grave danger.” He never saw them face to face but heard their warnings. 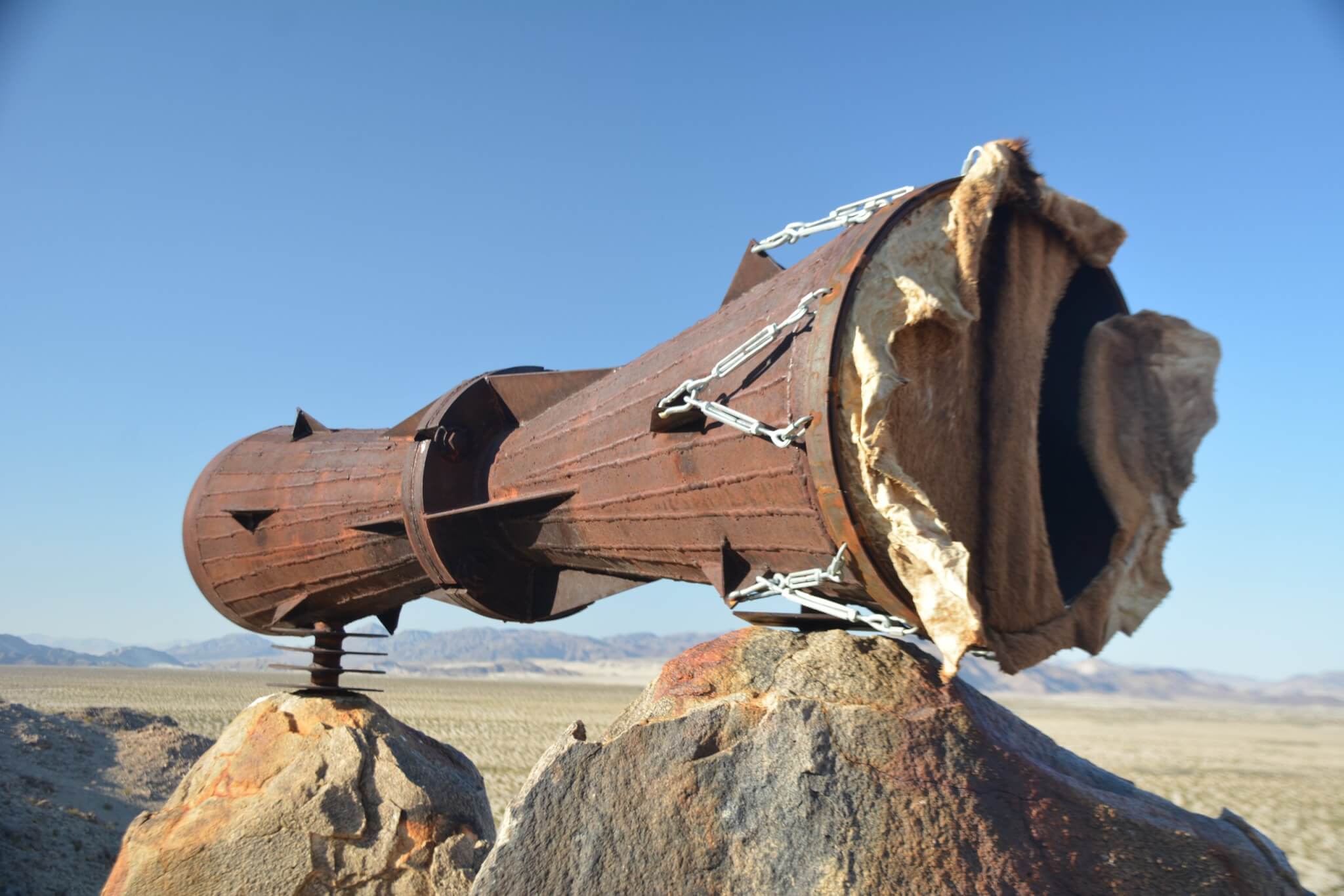 In another newspaper clipping from the same year (see the video below), Aho said the aliens had told him that earth is a “schoolroom” for aliens from the entire universe.

Aho experienced other telepathic messages warning him of nuclear Armageddon while visiting the Hawaiin island of Maui. He claimed to have been interviewed by the CIA for over two hours but the interview was never made public. He also claimed to have met with every member of the United States Senate and House of Representatives, asking them to hold public meetings about flying saucers.

The setting of Giant Rock was famous for the Giant Rock Airport Cafe. However, before it became a cafe tourist attraction, it was the home of a German immigrant, engineer, and miner Frank Kritzer from the 1930s to 1941. Kritzer, a reclusive hermit, operated the airport near his home quite literally under the rock.

In 1941, Kritzer mysteriously died in an explosion under Giant Rock after being questioned by the FBI and Army Intelligence officers. The officers were apparently investigating UFOs in the area of Giant Rock. Soon after, the Army Air Corps of Engineers decided to create an “experimental glider” training base nearby. Reports surfaced when a guard from the base spotted “mysterious flares” in the desert, referring to UFOs later termed flying saucers. 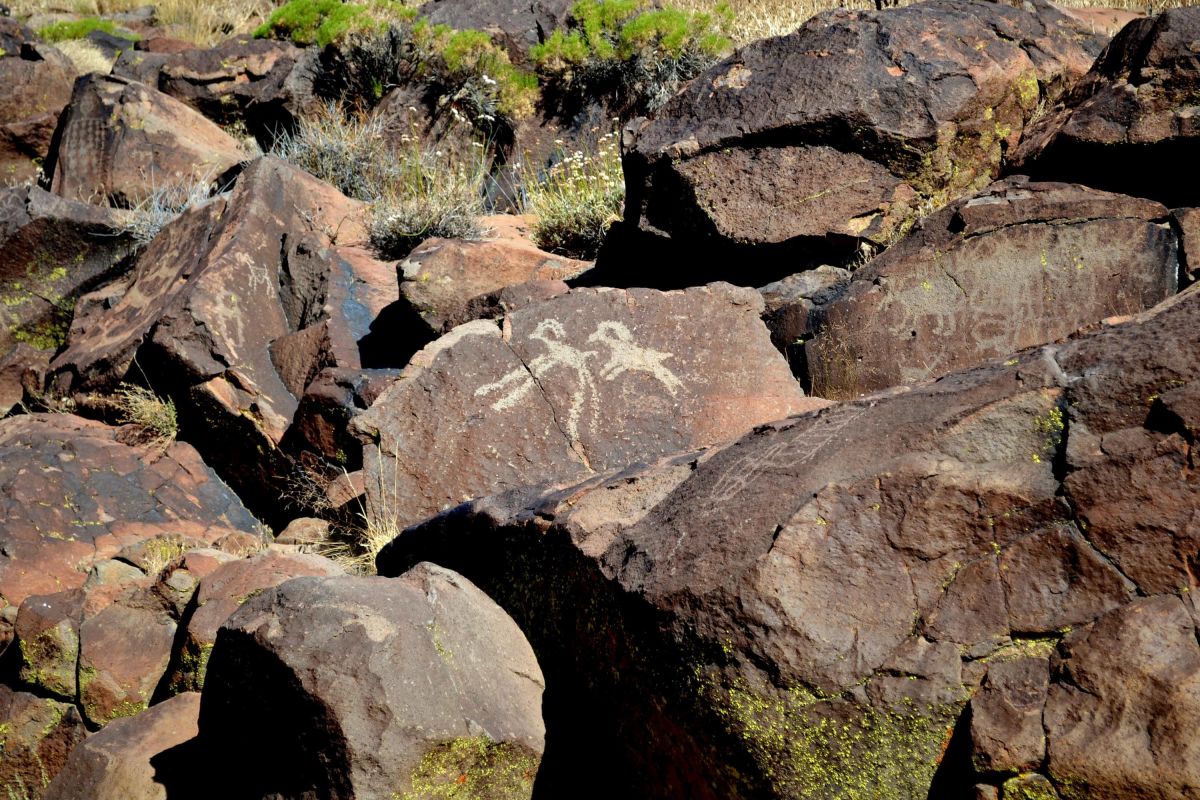 In August 2021, Angelia Lynn Johnston held a news conference in front of the Lincoln Memorial in Washington, D.C. Añjali said she met the beings on January 21, 2018. In front of a small gathering of people, she told her story of meeting two strangers who showed her the tunnels to the base. She said it was there when she met two aliens of different races who communicated with her through her consciousness.