Going back into history affirmed that most of the United States’ presidents showed interest in extraterrestrial life and unidentified flying objects. From the time of Eisenhower to Mr. Obama, the world came to know about this mysterious phenomenon and the life that can exist beyond Earth. The Washington flap (1952 D.C. UFO incident) magnified the UFO subject over the whole world as it was the first time that UFOs were seen hovering over the city where the president works. Then the case of President Richard Nixon who left evidence of aliens in the White House sparked a huge controversy.

According to the 2015 book “The Presidents And UFOs: A Secret History From FDR To Obama,” virtually all of them wanted to go public with the knowledge of who (or what) is responsible for sightings of unidentified flying objects, but were blocked by intelligence officials.

According to the book’s author Larry Holcombe, Nixon was convinced that “a limited level of UFO disclosure” would ensure his place in history. He went to extraordinary lengths to preserve that information for posterity, as more recent reports claim.

Robert Merritt, a federal informant from the Watergate era revealed a letter in which President Richard Nixon confirmed the existence of aliens. The letter was made public by the journalist and researcher Linda Moulton Howe. 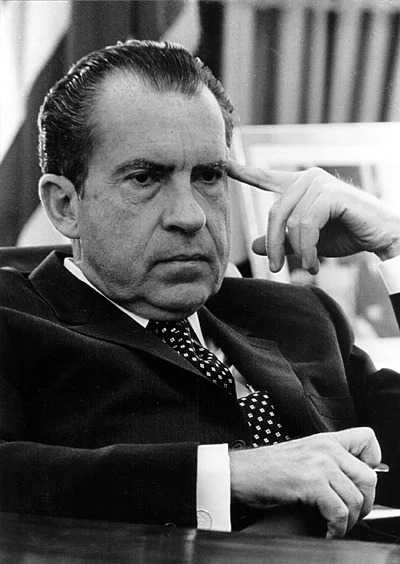 Merritt’s testimony is corroborated by Douglas Caddy, a man who acted as a defense attorney for the parties convicted in the Watergate scandal and who claimed he knew where Nixon’s ET disclosure letter is hidden in the White House. The two published a book titled “Watergate Exposed: How the President of the United States and the Watergate Burglars Were Set Up as told to Douglas Caddy.” 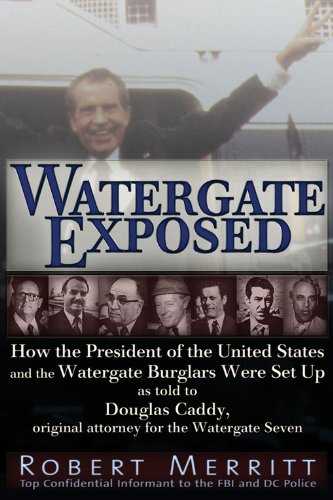 In this historic Dark Journalist Episode, Merritt stepped forward for the first time ever in public and revealed his three meetings with President Nixon in a deep underground location beneath the White House.

During the first meeting, the president read aloud to Merritt a letter written in his own handwriting, where he revealed that they were protecting an extraterrestrial being. Scientists at Los Alamos eventually learned to communicate with the Being and developed vast knowledge from this interaction which helped them to achieve advanced technology and science. After reading it, Nixon sealed the letter in a time capsule, hiding it somewhere in the White House unknown to himself.

Years later, the co-author of the letter, Douglas Caddy notified the National Archives that the capsule is still in the White House and that he would reveal its location if they assured that it would be released publicly.

Merritt’s influence was so great within the White House that he was a key witness in the Watergate scandal.

The Huston Plan referred to was a 43-page report of proposed security operations put together by White House aide Tom Charles Huston in 1970 at the request of President Richard Nixon, who wanted more control over domestic intelligence on so-called left-wing radicals and the anti-war movement.

Caddy’s conditions on the National Archives were simple, they could take possession of Nixon’s time capsule as long as they publicly revealed the content of the letter.

As a person interested in history, politics, conspiracy theories, and the existence of extraterrestrial life, Linda Moulton Howe began to follow the events. Howe discovered that the Huston Plan accidentally revealed the existence of the time capsule hidden in the White House and its contents.

This is from a partial transcript of the interview provided by Linda Howe:

MERRITT: He had this letter. He pulled it out, and he read this one piece of paper to me. And then he put that letter in a manila envelope, and he put a gold seal over top of the middle, and then he put a piece of tape across that, and on the front was handwritten, “To Henry Kissinger.” He asked for it to be hand-delivered or mailed, whichever was best or safest to do.

LISZT: Now, this letter was very important. Can you describe the letter for me?

MERRITT: It was two red lines. They looked like a scientific formula with letters, numbers, and other scientific symbols that would be used, like chemistry symbols. He said, “We possess the knowledge, and we have in our protection,” and he said, “subjects from the Planet X.” And I asked him one question, and he didn’t seem to like what I asked him, but I said, “Are these the things in Mexico or Area 51?” He seemed to be offended by the fact that maybe I knew this.

LISZT: Okay, now in this final meeting with Nixon, he’s reading you this letter, he shows you this formula, and he’s now mentioning an alien that they have in protection, and he’s a little annoyed that you mentioned the being was in custody or being held.

MERRITT: Yes. The word he used was “protected,” not “captured,” not “in captivity.” He didn’t used any words that would mean against the will. You know as well as I do that if we had a being like that, yes, it would be in captivity. I don’t think we’d let it walk down the street.

LISZT: You said he mentioned that scientists at Los Alamos had learned to communicate with this being. What did he say about that?

MERRITT: That we had obtained a very vast amount of knowledge, very powerful, to possess this knowledge and was able to learn from it, would be the most powerful nation or government in the entire world and could rule the world.

“Nixon said that Star Trek was antiquated. He laughed and said, ‘Robert, we are so, so far advanced it would really take your breath away!’”- Robert Merritt in secret 1972 meeting with President Nixon beneath the White House.

The Dark Journalist video lasted 75 minutes but the interesting points are summarized. The real question is: what to make of it? Nixon’s gone and Kissinger never talked about anything like this. Why would Nixon trust Merritt with such a secret and a subject (extraterrestrials) which has nothing to do with anything else in the Watergate scandal nor the Huston Plan, which is apparently still partly classified?