In the 1920s, an amazing discovery happened, according to which all the ancient sites at different locations in the world fell into a sort of alignment. The sacred sites such as Stonehenge, the Egyptian Pyramids, and the Great Wall of China, all stood in straight lines. An amateur archaeologist Alfred Watkins who made the discovery called these lines “Ley,” also known as “Ley lines.” Many people believe that a grid of earth energies circles the globe.

A ley-line is a straight fault line in the earth’s tectonic plates which science has not denied. Along these lines, at the places they intersect, there are points of concentrated energy, that can be harnessed by certain individuals. Many people claimed to have felt the surge of energy to their body, and some of them said to have fainted when the surge was very powerful. 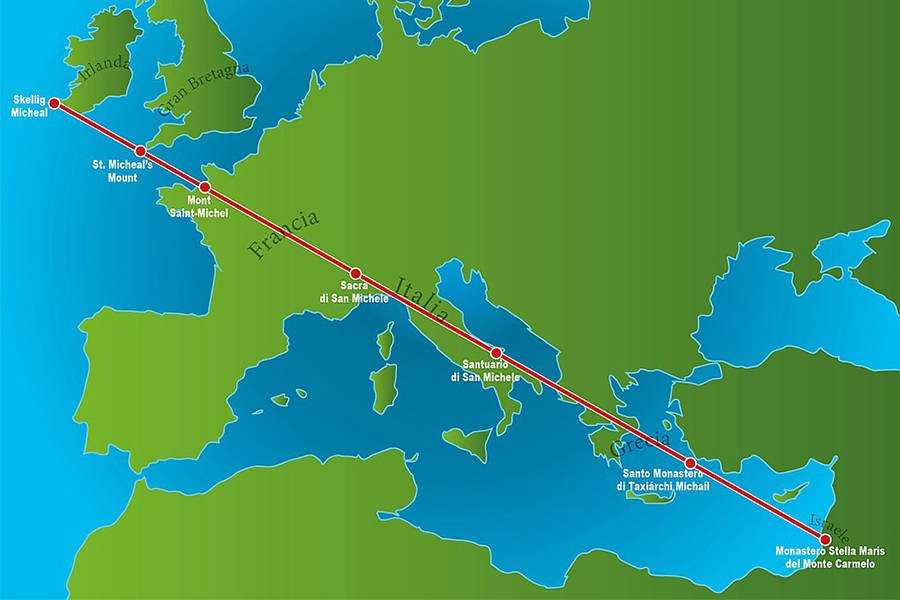 Did Ancients Know About Those Lines?

There is a myth or legend about Ley lines in every ancient race and culture. Investigative researcher Darren Perks wrote: “Stonehenge on Sailsbury Plain took approx 300 years to build (so it is said), starting around 2000BC. Why it was built is not known, but what is undeniable is the fact that it lines up with another five prehistoric and religious landmarks. Stonehenge is part of a 30 km long ley line…”

In the United Kingdom, people tended to think that the druids found these lines, which is not possible. Nevertheless, the native Indians of the United States used to call Ley lines “spirit lines,” and their Shamans used the electromagnetic energy in these lines to help them contact the spirits. They even designed their medicine wheel on the spirit lines, as they knew that these imaginary lines followed a straight round line.

How did they know about these lines and the energies that they were giving off? Well, they say the sky Gods told them.

The Chinese called ley lines “dragon lines,” as they believed sky Gods flew on dragons along these lines. Further, the aboriginal people of Australia called these lines dream lines (Songline or dreaming track), once again they claim that knowledge was passed on to them from the sky Gods. Another surprising theory linked with ley lines suggests that they can give off positive or negative energy. BudgetAir.com writes: “The location of sacred sites across the world is thought to be interconnected by these lines. These points of intersection can be positive – spiraling in an upwards, clockwise direction or negative – spiraling downwards in an anti-clockwise direction. A positive vortex can be found when Ley Lines meet at a 90-degree angle – these sites are believed to promote good health and a peaceful mental state. In contrast, when a negative, imbalanced vortex occurs, lines are said to intersect less positively. These negative energy lines are believed to be draining and able to cause poor mental, emotional, energetic, and physical health.”

It is even believed that UFOs are drawn to these ley lines, making them attractive to investigators of that particular phenomenon. According to Darren Perks, ley lines could be the refueling spot for UFOs or extraterrestrial craft. He believes they use electromagnetic energy and gyroscopes to power their craft and to navigate using the Earth’s own magnetic fields.

Mitchell’s Fold Stone Circle is a location of high UFO activity as well as animal mutilation. The circle is said to date back beyond 3000 BC which means it is far older than Stonehenge.