Guys check this out, finally a great UFO report comes in…I\’ve been waiting and waiting fore weeks. This is it. A pilot who works for a major airline has his first UFO sighting…and its of a white sphere…which is th #1 most common UFO in the world. This UFO is also known from WWI and WWII as a foo fighter, which was famous for following planes during the wars. This is some amazing and rare footage of a real UFO. The eyewitness credentials are impeccable and he is clearly an expert in his field of being a pilot with years of experience. This is 100% undeniable proof that UFOs are following jets and curious about those aboard them. 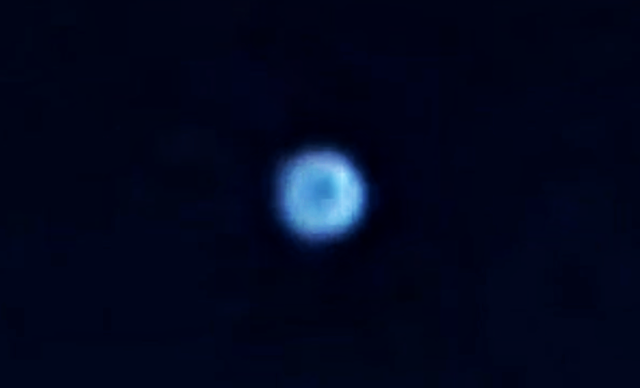 Eyewitness states:  I am an airline pilot with a major airline in the United States. I am a former military pilot. When: August 12, 2022, over a 35 minute period from approximately 0055-0130 ET (0455-0530 UTC). Where: At the first sighting we were approximately over the city of Wilmington, NC. At last sighting we were approximately over Richmond, VA. We were traveling almost due north and the objects were directly in front of us. It was impossible to tell exactly where the objects were; in the 35 minutes we were watching them they never seemed to get closer. Narrative: We took off from St Thomas in the US Virgin Islands for a 4-hour flight to Washington Dulles airport. We departed at 2202 ET and landed at 0148 ET. At roughly 0055 ET I began seeing slow pulses of light in the sky directly in front of us (to our north). The pulses would last usually 8-10 seconds each and had gaps of darkness lasting anywhere from 10 seconds to over a minute. They were slowly moving from left to right. The pulses would be gradual (start very dim and grow into a bright light about the brightness of Venus, and then fade away). As an airline pilot, I am positive I was not seeing other airliners. Very few civilian aircraft can fly above 41,000 feet, and the objects were about 10 degrees above the horizon from our perspective. I was not able to tell the distance of the object from our aircraft, but in the 35 minutes we watched, they never seemed to get any closer even though we covered about 250 nautical miles in that time. For this reason I believe they were in either the upper atmosphere or in space. After a few minutes of watching, the Captain (who until this point had been very quiet) asked me if I was seeing the lights. I said yes and we started discussing what they could be. I started filming and taking photos at this point. We began seeing 2 lights at a time, often at different altitudes, but always moving generally from left to right when the pulse was at its peak. At one point we watched 2 lights flying in “formation”, almost side by side. When I looked very carefully, I could see the lights even after the pulse faded, but it was very dim and would sometimes fade away completely. When the pulse was dim they lights seemed to be traveling to the left. For a brief time we saw 3 objects at one time. At no point did we see a strobe light or navigation lights on the objects. The best way to describe what we saw is 2-3 aircraft circling in left hand turns with their landing lights on, which means that they were only clearly visible when the lights were facing towards us. Because we were flying towards Washington DC we discussed the possibility it was fighter aircraft flying circles over the city due to a security threat. This was clearly not the case however, because we were 300 miles from DC when we spotted them, and they never seemed to get closer as we neared the city. They also were far higher in elevation than modern fighters can fly, and there would be no reason to have their landing lights on in that phase of flight. Additionally, fighter aircraft have their landing lights mounted within their landing gear which would have been retracted, and therefore could not have been visible. As a former fighter/attack pilot I am extremely familiar with capabilities of modern aircraft, have trained in CAP (protecting locations from aerial threats) and I am 100% we were not seeing military aircraft or flares. I have spent a lot of time wondering if they could have been a train of Starlink satellites, and the light pulses were sunlight reflecting off the satellites. I don’t think this is the case, for the following reasons. We spotted them in the middle of the night; 5 hours after sunset, when it is less likely to spot satellites. We also saw the pulses an estimated 80 times, and we only stopped seeing them due to us descending into the clouds. From looking online, starlink trains are typically 40-60 satellites. The sighting also lasted 35 minutes, which is far longer than a satellite train. I believe it was the same 2-3 objects the entire time, and they were flying in circles. Lastly, the objects appeared to be flying in circles, which is not characteristic of satellites. This is my first sighting. I have 4 videos and several photos. Unfortunately, they were taken from my iphone, at night. You can see the pulses, but the relative motion is difficult to make out. In one video I filmed my displays, which shows my altitude, and location.