At this point, with all of the evidence in hand, it would be more shocking if someone were to prove to us that there is NOT any alien life out there, probably monitoring our planet.

The eyewitness talked about the sighting which happened on July 8, 2020, in Richmond, Kentucky on UFO investigation network MUFON, “Approx 8:40 pm my girlfriend (Myrna) and myself was swimming. We were about to get out of the pool when Myrna said “Look at the plane.”

“When I observed the craft it had no visible wings and a large maroon arc shape object at the nose of the craft.

“The craft was about the same size as a commercial aircraft, and was flying west to east. I assume the craft was between 12,000 and 15,000 ft because of the low level clouds in the area.

“The craft made no sound as it passed over our heads. We observed the craft until it went behind a low level cloud, but did not exit the other side of the cloud.”

Here’s the photo he snapped. 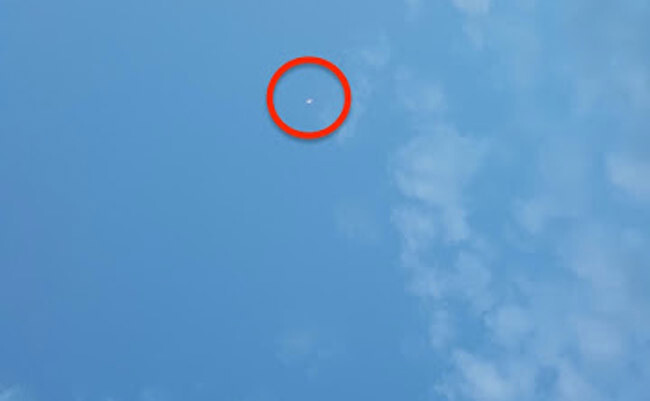 An explanation for this unique sighting was then given by prolific UFO and alien expert Scott Waring on his website.

“The object has one wing visible and the other 90% invisible. It looks like the person caught sight of it at the moment it raised or lowered its cloaking shields.

“The Eyewitness says its the size of a commercial airliner. Now thats huge. 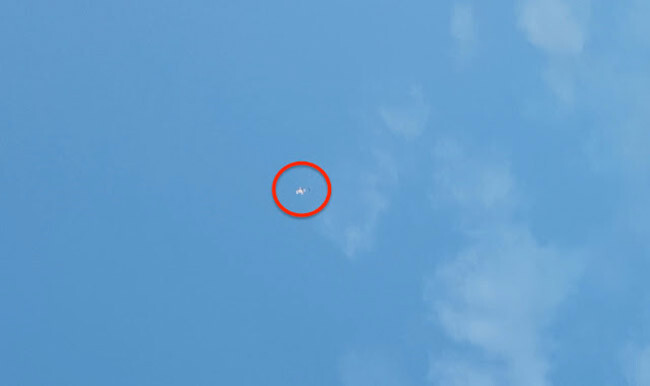 “But when something flies that high, most people never bother looking on hot sunny days because its too bright in the sky and hurts their eyes.

“Nice capture and any craft with a cloaking device is 100% alien.”

In addition to the coast of Greece being a potential UFO and alien hotspot, multiple active volcanoes, the International Space Station, Mars, the moon, and the sun are all locations where alien bases appear to be located.

It’s just a matter now of when, not if, someone in authority will finally reveal the truth because… Scientists claim there is another world under the ice of Antarctica