French writer Jules Verne predicted the journey to the moon in his sci-fiction novel “From the Earth to the Moon” published in 1865. Was it a coincidence or had he known about it beforehand? It was the time when the world did not even see its first telephone, the first car, and the first aircraft. So how have we achieved it all? Did we get a tip from someone more advanced in technology? Maybe or maybe not. But George Van Tassel from California claimed in the 1960s that he received the formula from the un-Earthly people to build a time machine.

George Van Tassel, a retired aircraft testing mechanic was born in 1910 in Ohio. He started his career in the aviation industry in 1927 and worked for Hughes Aircraft Company and Lockheed Aircraft. After retirement, he bought a small airport in the Mojave Desert of North America, California. 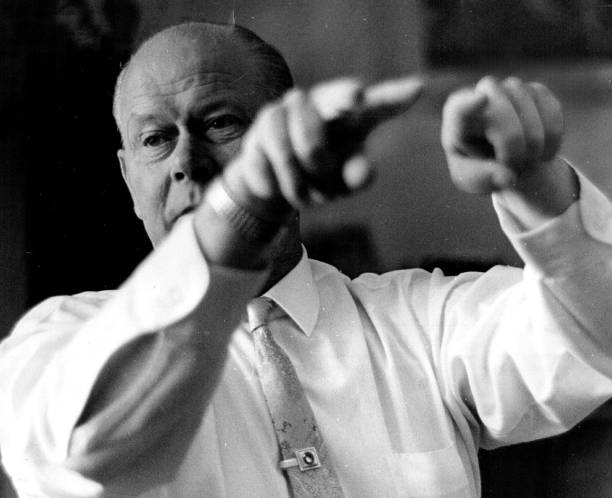 At that time, the news about UFOs and flying saucers were popular in the media. Van Tassel said he had a visit from people who had the technology that humans could never imagine. This made him believe that they were from outer space. On August 24, 1953, at 2 o’clock in the morning, a ship landed at his airport, 17 miles north of Yucca Valley in California. He was asleep when some sound awakened him. He said a human-like being named “Soganda” asked him in English to check his ship. At his request, Van Tassel decided to go with him.

He saw a bell-shaped type of anti-gravity ship, hovering 10 feet off the ground. He called it a scout ship out of the big carrier, describing 36 feet in diameter and 19 feet high. He walked to a spot underneath the craft, and an anti-gravity beam pulled him up like an elevator.

“I was inside of a ship about 18 feet in diameter and roughly 10 feet high to the domed ceiling. And there were three men (5 foot 6″) on the ship besides the one that had got off and invited me aboard,” Van Tassel explained. 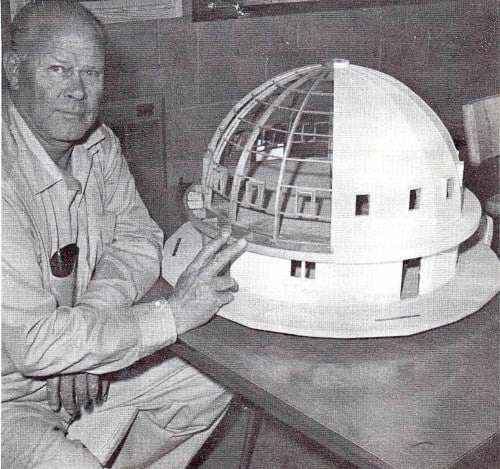 Van Tassel, who had been in the aviation business since 1927, had no clue about the apparatus he saw on that ship. He said: “We use dial instruments and they use vertical instruments like the fluorescent tubes with marks on them.”

He saw some symbols marked on the instruments that were similar to hieroglyphics but did not belong to any language or number system on Earth. From these observations, he realized that those people were not from Earth. In addition, the man who brought Van Tassel to the ship said that he was over 700 Earth years old but did not look more than a 28-year-old man.

In some time, they gave him an equation which according to Van Tassel was a formula to build a time machine. The formula is as follows:

He also received a design for the time machine for basic research on rejuvenation, anti-gravity, and time travel. He put an effort to build a white-domed structure that sits four stories high. The dome is 13 meters high and 17 meters in diameter. During the construction, no metal parts and fasteners were used. 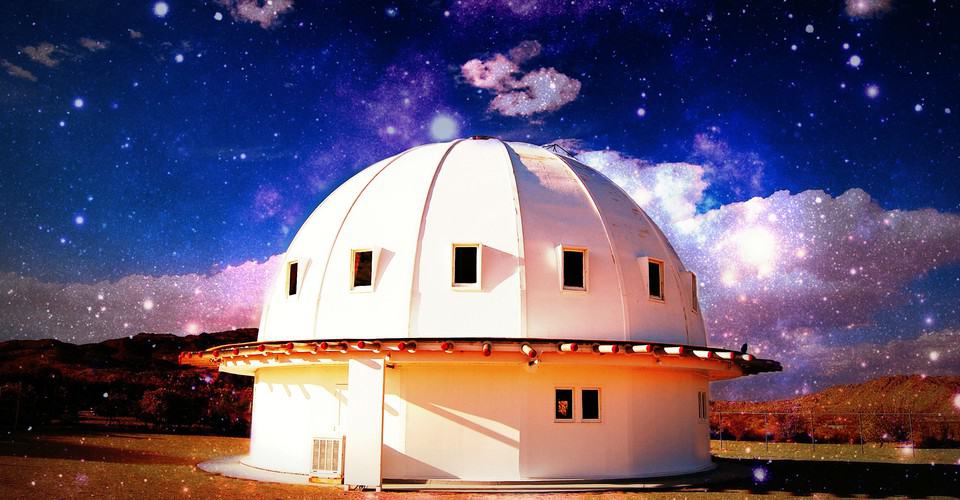 “Our formula has no time factor, which electronic formula does have. And on the other hand, electronic science has only had two dimensions to work with, the electric pattern and the magnetic pattern perpendicular to it. And we discovered a third zone, which we call a time zone. And we are working through this zone with an effort to orient the magnetic field to give us other results than our science can obtain at present,” Van Tassel said during his interview on June 18, 1964.

According to him, the rotation of Earth involves a magnetic field that works in the same way as a recording device. It means it is possible to watch the events that happened in time on Earth. He said one of his associates named Charlie Artz created a magnetic coupler that worked on the same principle as told above. He was able to playback TV shows from stations that were shut down long ago. The research was conducted in Santa Monica.

“Played back with the picture and the sound just as good as the day they were broadcast. We’ve done this many times,” Van Tassel said.

Following Van Tassel, the construction of Integratron would take 25 years, they spent eight years grinding the mirror for the 200-inch telescope and 11 years for the first cyclotron. While asking about the fund for his research, he said people around the world in various technical filed worked voluntarily for him.

“The biggest trouble on this planet is, that when you get smart enough to do something with the knowledge you have acquired here, death intervenes, he wrote.” He said that his time machine is not only about transporting humans backward or forward in time but rejuvenate them. His aim was to extend the human life span by recharging cells through electromagnetism using the Integratron.

Van Tassel died in 1978 from a heart attack, and so the Integrator. He hid so much information about his machine and kept it a secret until it was finished. Unfortunately, he died, leaving all the tremendous work he did for this machine.