A new initiative aims to finally find out if we really are alone by investigating UFO sightings. Some think it’s a waste of time but what if the mainstream dismissal of aliens has blocked astronomers from pursuing their theories?

Galileo Galilei was locked up after the Roman Inquisition found him guilty of heresy. That was 1633, but Professor Avi Loeb of Harvard University is going through his own tribulations.

The eminent scholar is viewed by some as controversial, which sparked an outpouring against his new initiative to finally answer the question, ‘are we alone?’ It is called the Galileo Project, and aims to provide data and evidence about what is flying above us. No more fighter jet cockpit cameras, vague eyewitness testimony, or reports from a hacker who infiltrated the CIA’s network. 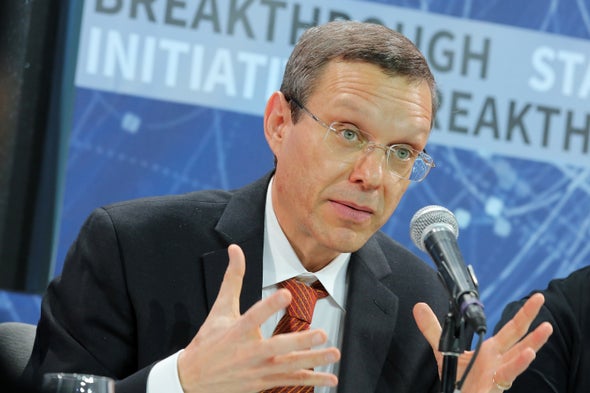 The idea is simple: obtain good quality images and study them, but many of Loeb’s peers have already shot him down in flames. He admitted: “The reason I am doing what I’m doing is not because I enjoy the pain of the wounds inflicted on me on Twitter, that’s not a very pleasant experience.

“The only reason I’m willing to go through it is because I think it’s an extremely important question for the future of humanity. That’s probably the most important scientific question you can ask. It’s not about me, we should be open, rather than assume we know the answer in advance, that’s what Galileo taught us.”

Even though the Galileo Project was only launched last week, it has already attracted the attention of amateur astronomers, as thousands have landed emails in Loeb’s inbox. The venture was partly in response to the US government’s June 2020 Unidentified Aerial Phenomena (UAP) report, which offered more questions than answers.

Oddly, Loeb didn’t plan to start the Galileo Project, the interest stemmed from his book, ‘Extraterrestrial: The First Sign of Intelligent Life Beyond Earth’, about the unexplained object glimpsed from a Hawaiian observatory in 2017. Arriving at his office recently, he was informed a new research fund had been created in his name. Loeb said: “Soon after I had a multi-billionaire on the porch of my home with questions about my book.”

The next morning, the fund had $1.75 million from two mystery donors. Loeb added, “That never happens in academia, you have to understand that. A lot of people seek funding and work very hard to get funding and most often don’t get funded, but here I didn’t engage in any fundraising.” The cash allowed him to follow his instinct and recruit a team of 50 scientists.

It will also enable him to buy telescopes, cameras and computer systems.

The Galileo Project is going after two types of targets, and the first is UAPs.

Loeb explained: “Astronomers usually look at distant objects so if a bird flies above the telescope, it’s ignored. We will pay attention to that bird and make sure it’s a bird, and not something else. We’ll be looking at the sky but not focusing on the usual suspects that astronomers are looking at far away, we’re looking at nearby objects. It’s a fishing expedition, you throw the hook and you don’t know what kind of fish you will find, and then you get as much data as possible.”

The other is interstellar objects from outside our solar system. Loeb continued: “I’m not after recruiting thousands of people with their cell phones looking at the sky, we want a large telescope more than 10cm in size or up to a metre, that’s 1,000 times the aperture of a cell phone. We want to read off the label if it’s Made in Country X versus Made on Planet Y.”

The US government report confirmed to Loeb the gaping lacuna in the status quo. The wrong people are investigating matters, he believes.

“That report was an admission of failure of these intelligence agencies as that is their job, they are paid to figure out what flies in the sky,” he said. “I realised that this subject should not be limited to the talking points of politicians or military personnel, it should be in the realm of science because you would never ask a plumber to bake you a cake.”

That’s not to say that The White House doesn’t have some fascinating information, but it doesn’t share it with academics because of the well-worn reason of national security.

Loeb said: “The data the government has was gathered by classified sensors, they are sensors monitoring the sky and the US government prefers its adversaries not to know what sensors it is using. It cannot release the data for that reason, not because all of the data is classified.

“Frankly, I’m not interested in that data, I want to collect my own data. I behave like that kid that is told by adults this is the truth, often they don’t pay attention, the kids want to find it by himself or herself by checking it out. Science is an extension of our childhood curiosity and about reproducible evidence.”

The Galileo Project should swing into action in 12 months. What members of the public may be surprised to discover is that Loeb is not actually expecting to see aliens, he is looking for their equipment. That for him will be enough to prove there is a more advanced species than us in the universe.

Loeb said: “We live in the 21st century, not in the Dark Ages, and we know that if we have the instruments that can collect the evidence we need, we should just go ahead and do it, rather than argue forever philosophically whether it makes sense or not, or ridicule it. The right approach is this is an intriguing question because it could indicate there is a smarter kid on the block, we should consider that possibility.” 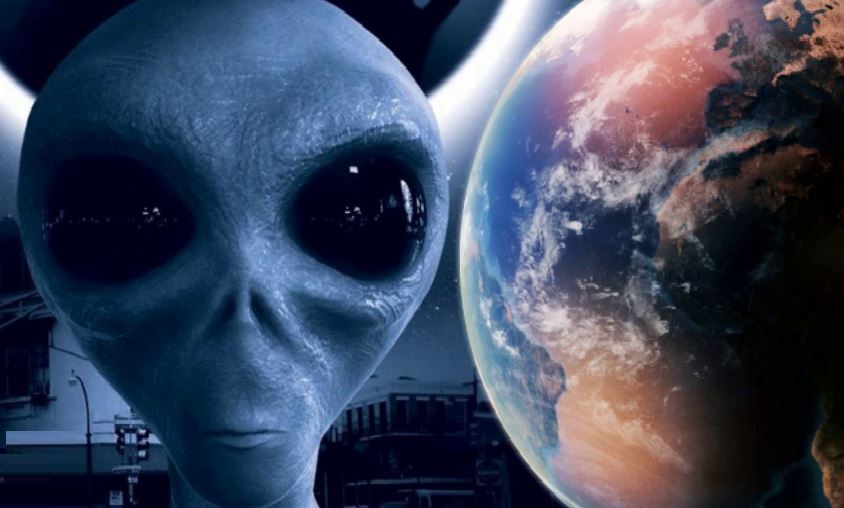 There is a valid reason why Loeb anticipates only seeing machinery. “Biological creatures were not selected by Darwinian evolution to survive in space, it takes light which travels at the fastest speed, four years to reach us from the nearest star,” he said.

“If you imagine chemical rockets that we use to cross the galaxy, it would take them 100 million years. No biological creature can survive that long even if you have multiple generations because of the impact of cosmic rays, but there is no need to send them, you can send artificial intelligent systems.”

And expanding on his theory, it truly does become hard to visualise. Loeb said: “If there was a civilisation, more advanced than we are, that sent self-replicating AI systems, that are connected to 3D printers that can make more of the same as they get to other places, you could easily full up the Milky Way galaxy with such probes within a billion years, and most of the stars in the universe formed billions of years before the Sun. If you just imagine another star that predated us, that’s enough to fill up the galaxy with probes.”

Once the cameras and computers are calibrated, Loeb will place them in different parts of the world. Mountaintops are a likely spot but if he can reach $10 million in funding, then he will have over 100 sets of equipment to deploy in a variety of locations.

He said: “Then we will have a high likelihood of resolving this question of what UAPs are all about. If it turns out to be some atmospheric phenomena that we’ve never anticipated, so be it. We will just report back and clear up the fog.”

Underlining how tough it may be is the fact that NASA has already snubbed Loeb. But with his status as a professor at the world’s most prestigious university, he is hoping to inspire others to push the boundaries. He said: “Around the same time (of the US government report) the head of NASA Bill Nelson said scientists should look into that, I was very happy to hear that so I approached people under him and said ‘here I am, to serve and make your boss happy’. Nobody got back to me.

“This subject appeals to the public, it’s an opportunity if it were to be brought to the mainstream of science to attract more funding to science, and to attract talent into science, young people that will become scientists because it’s exciting.”

The example of Galileo is inescapable. Loeb is staking a lot on his theory and generations to come could look back at him as we now do at the famed Italian astronomer. Who else is leading an educated surge to countenance that we may not be the shot callers that we think we are?

Loeb said: “I don’t think we’re special or unique and the reason I say that is whenever we’ve pretended we’re really special, it ended up being wrong. We thought we were the centre of the universe, that’s wrong and that’s what Galileo showed by looking through his telescope.

“They put him in house arrest, today he would have been cancelled on social media. Reality doesn’t care what we say, we can pretend there are no neighbours and there is no smarter kid on the block by not looking through our windows and closing the curtains, that won’t get rid of that smarter kid.

“The point is not to repeat again the mistakes made during the days of Galileo.”