A series of archaeological findings made around Mount Baigong in 2002 puzzled researchers, and mystery is still remains unsolved, strongly pointing to the ancient alien theory. The findings were a series of well-arranged metallic pipe-like structures embedded in rocks around Mount Baigong, near Delingha, in Southwestern China. 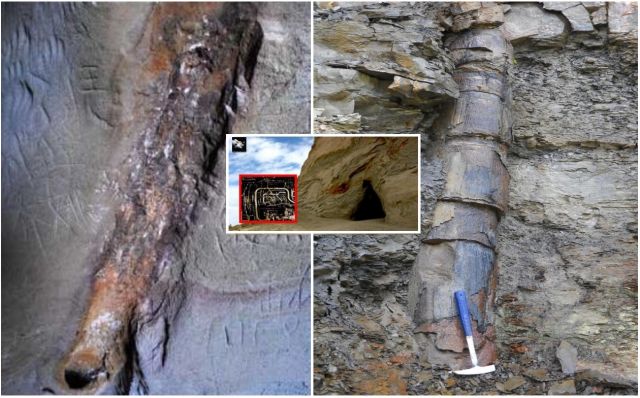 The place where the pipes were found is located adjacent to Qadim Basin, which is at the foothills on Himalayan mountains. The harsh climate of this area has made it inhospitable throughout human history, and there is scant evidence of human settlement here, even today where only herders quickly pass through the place while moving to fertile pastures down south. 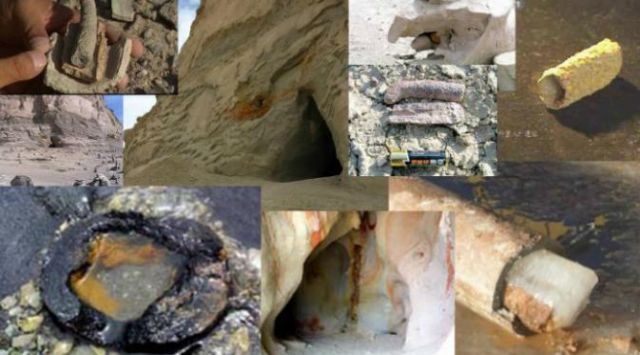 Baigong Pipes
Origini and who made Baigong Pipes is still mystery.
The main finding was a pyramid-like outcropping that measured 50-60 meters high. This outcropping is walled by a system of well-arranged pipe-like structures that terminate at a Lake Toson Hu, a salt water lake, located 300 feet away from the outcropping. The outcropping features 3 entrances with 2 of them having collapsed and the remaining one leading one into a dug-out cave whose rocky interior floor and walls feature embedded pipes. 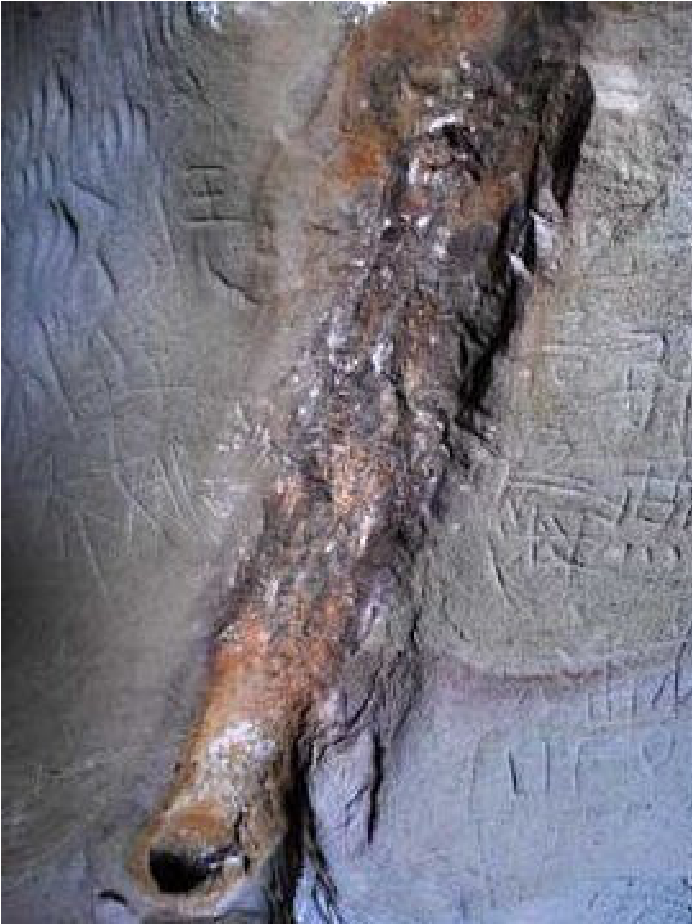 The pipes that form the piping complex are not of the same size, with some measuring 1.5 feet in diameter, and the very small ones measuring just an inch or less in diameter. This piping complex is collectively designated as the Baigong Pipes (and officially known as the Bai-Gongshan Iron Pipe).

According to archaeologists and historians, the Baigong Pipes fit well the textbook description of Out-of-Place historical artifacts. To begin with, dating that was done using the less-error prone dating technique called thermoluminescence dating showed that the pipes were formed through smelting around 140,000-150,000 years ago. 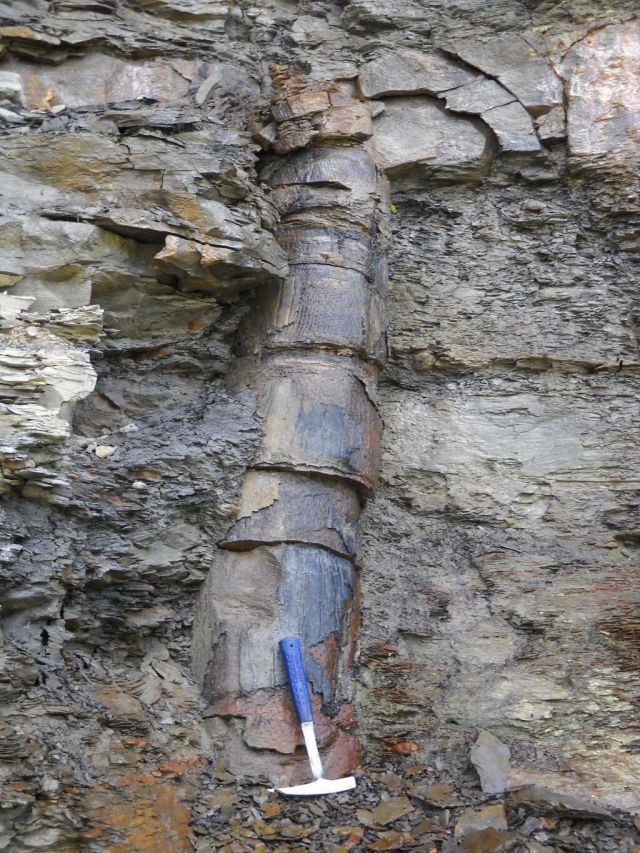 The dating technique analyzes the crystal structure in the artifact and showed that the pipe materials were subjected to extreme heat before being forged and shaped in a process that resembles human-made metal working. This shows that there was an advanced civilization living at that time that could melt and forge metal pipes as well as built a piping complex to feed salt-water into an industry-like plant.

Still, some scholars opine that the pipes could have been used to relay waste materials to the salt-water lake, but this is unlikely as exploration of the salt water lake shows that it does not seem to contain large scale deposits of iron, metal, and other inorganic wastes that are associated with metal-working.