These images of WW2 military equipment being swallowed by plants and trees in the in Russia serve as multifaceted metaphorical statements on the relationship between war and the rest of the world. 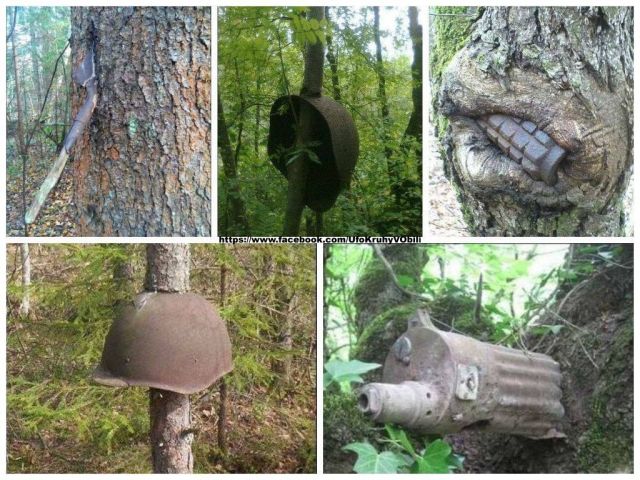 The majority of the gear represents Russian arms used during WW2, although there are German weapons as well – the area was the staging ground of an important part of the German army’s terrible Siege of Leningrad. 260,000 Soviet troops died trying to reopen land communications with the besieged city of Leningrad, and 160,000 German soldiers died resisting them.
There’s a lot that one could take from these images – that war and nature are squarely at odds, that time heals all wounds, or that nature will quickly forget us after we’re gone. Whatever you take away from them, they’re definitely powerful images.
These helmets, most likely Soviet, may have been dropped during a firefight when these trees were just saplings. 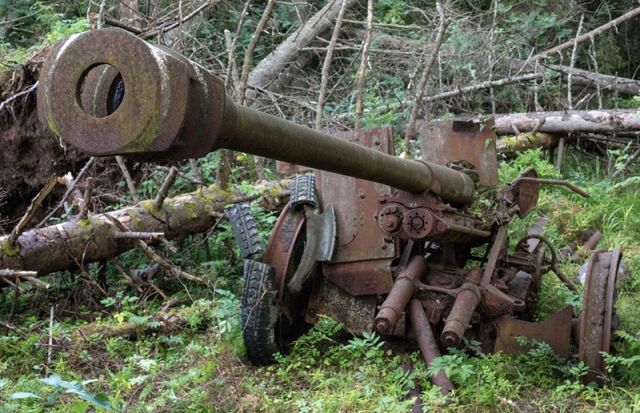 A grenade (perhaps still live) pokes out of a tree on the left, and a sapper’s shovel disintegrates inside the tree on the right.
The shell from a 75mm field gun peeps out from underneath the folds of a tree’s bark. 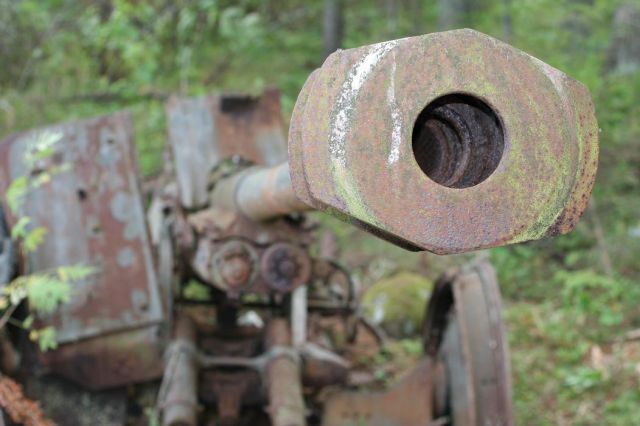 The remains of a rotted Mannlicher Carcano rifle rest against the trunk of the left tree and a Maxim machine gun sticks out of the ground on the right. 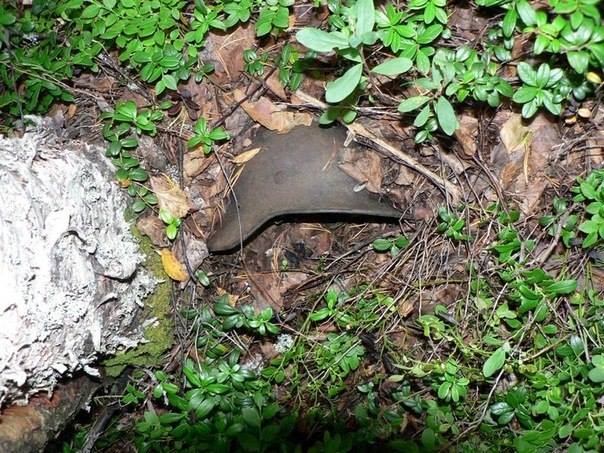 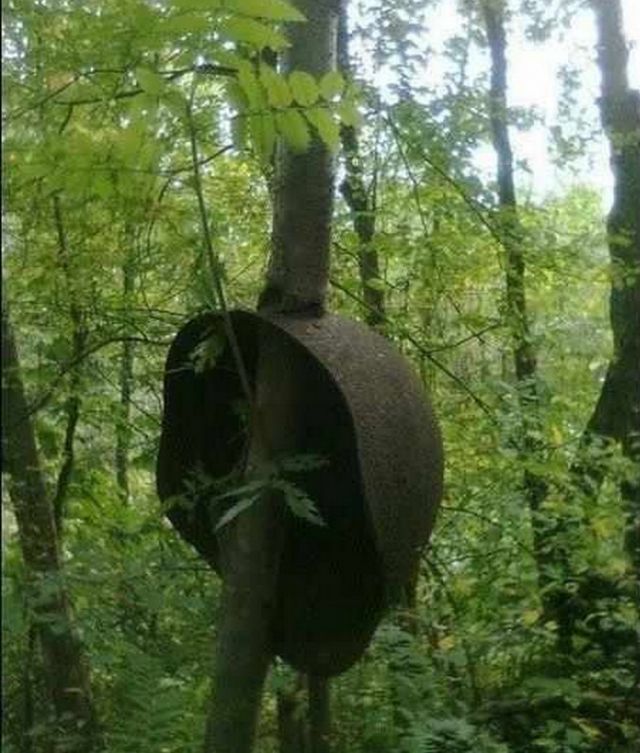 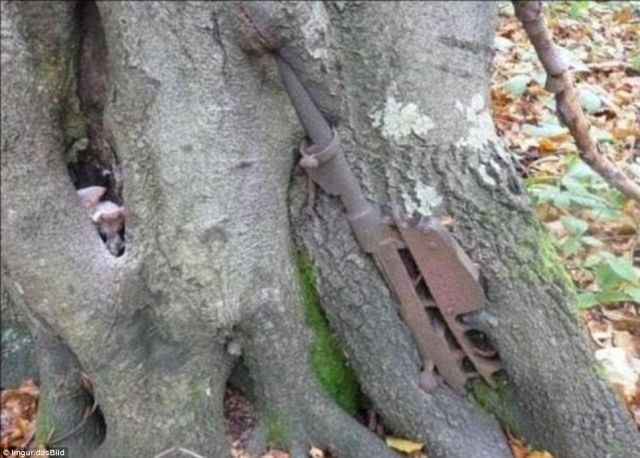 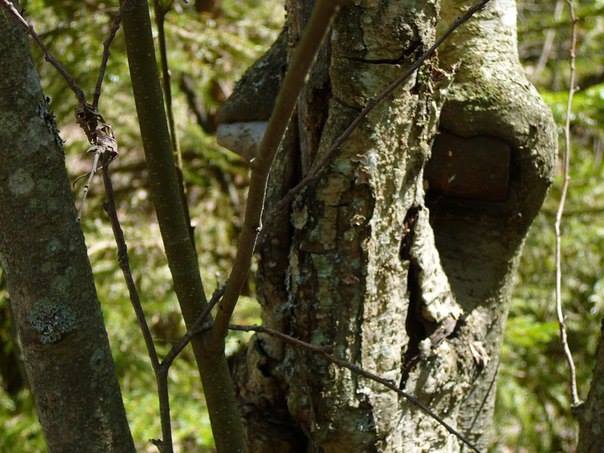 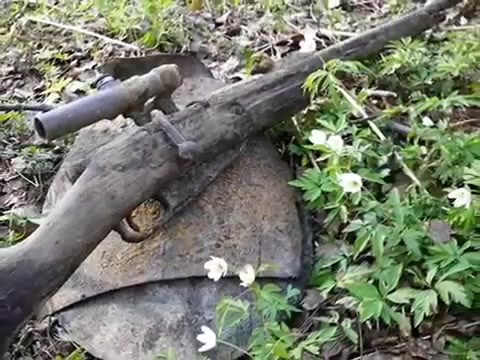 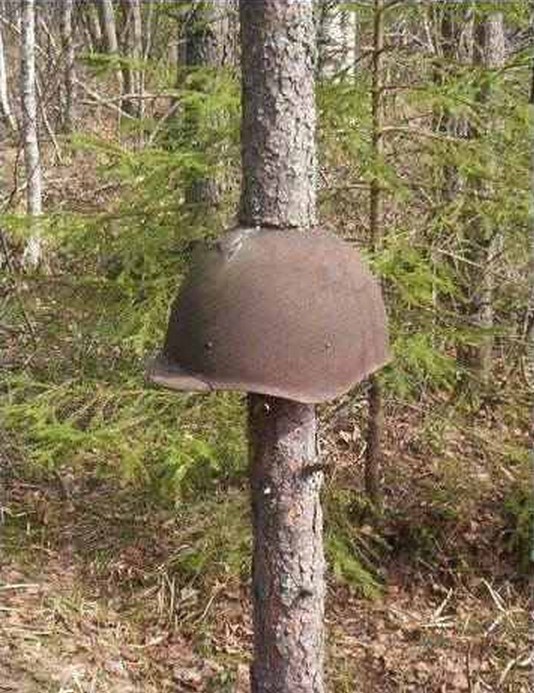 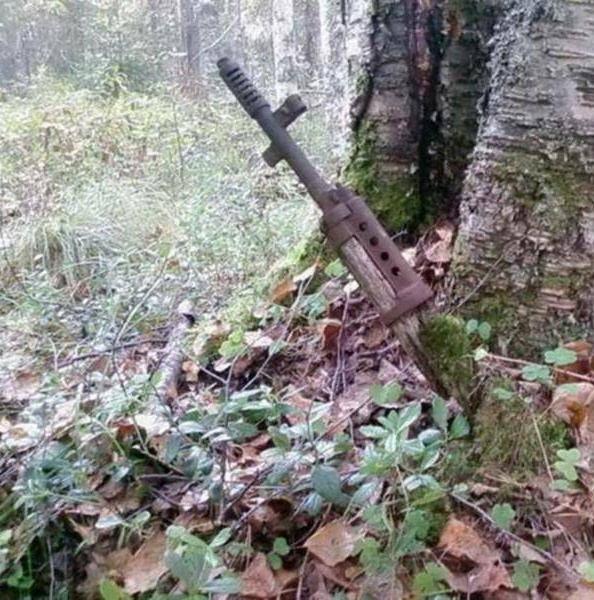 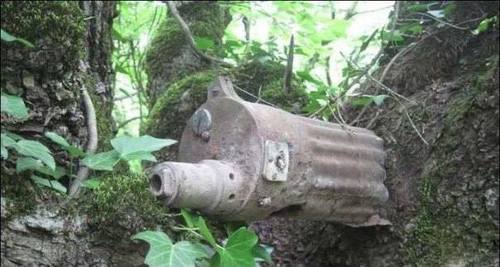 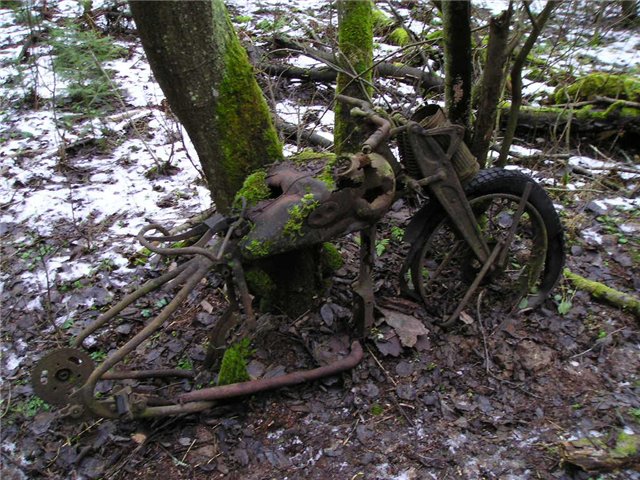 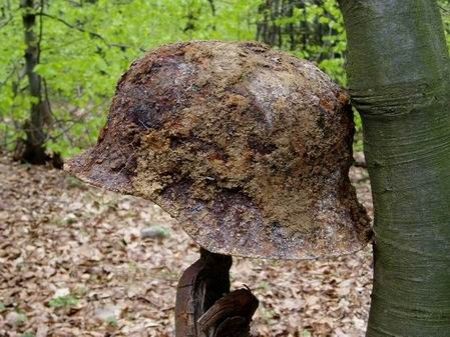 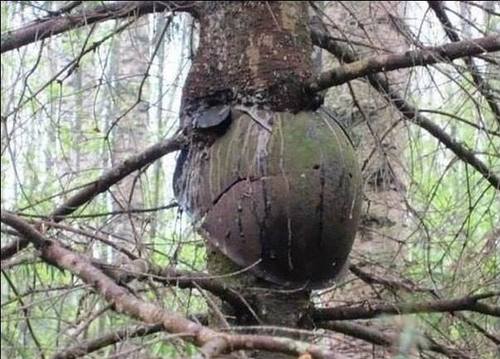 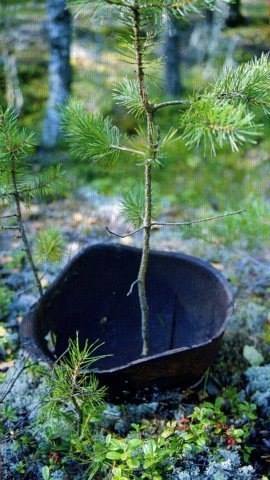 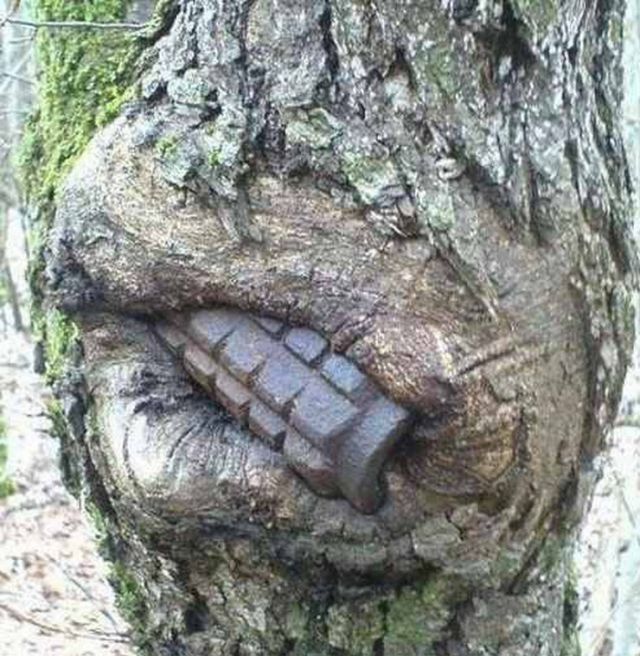 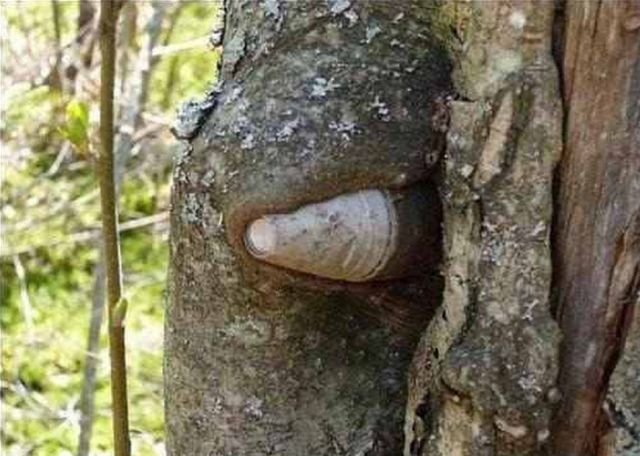 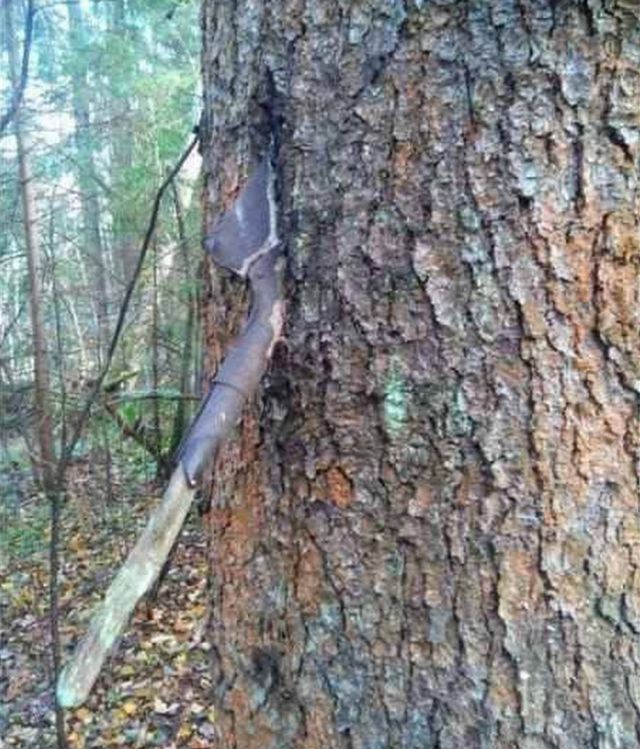 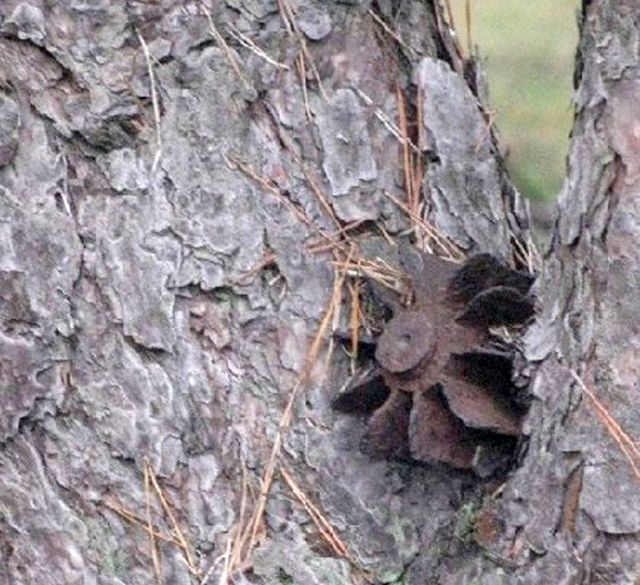 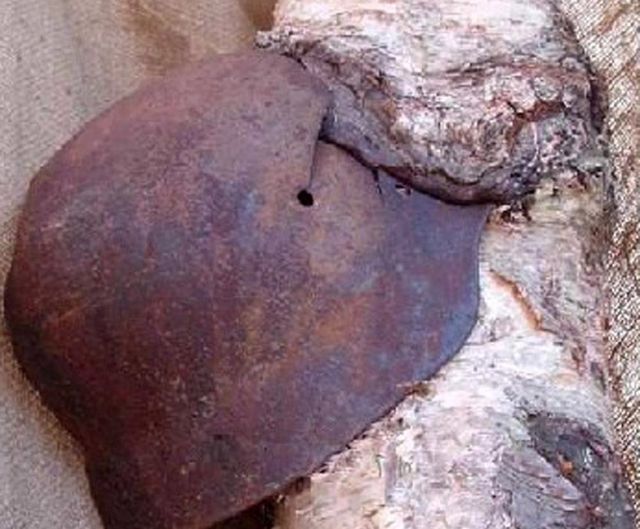