The idea of a “mummy’s curse” actually precedes Tut’s discovery. 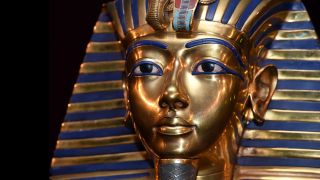