Experts don’t know why so many sand dollars showed up on a beach in Northern Oregon. 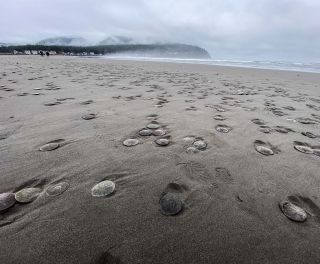