The Richat Structure, also known as the “Eye of the Sahara,” is one of the peculiar structures on Earth. Located just outside Quadane, Mauritania, the giant ring has a great view from space that once served as a geographical landmark for astronauts when they used to cross over Sahara. For a long time, there has been a mystery behind the formation of enigmatic concentric rings in the vast area of the desert. Initially interpreted as a meteorite impact structure because of its high degree of circularity, now it is thought to be the result of years of erosion. 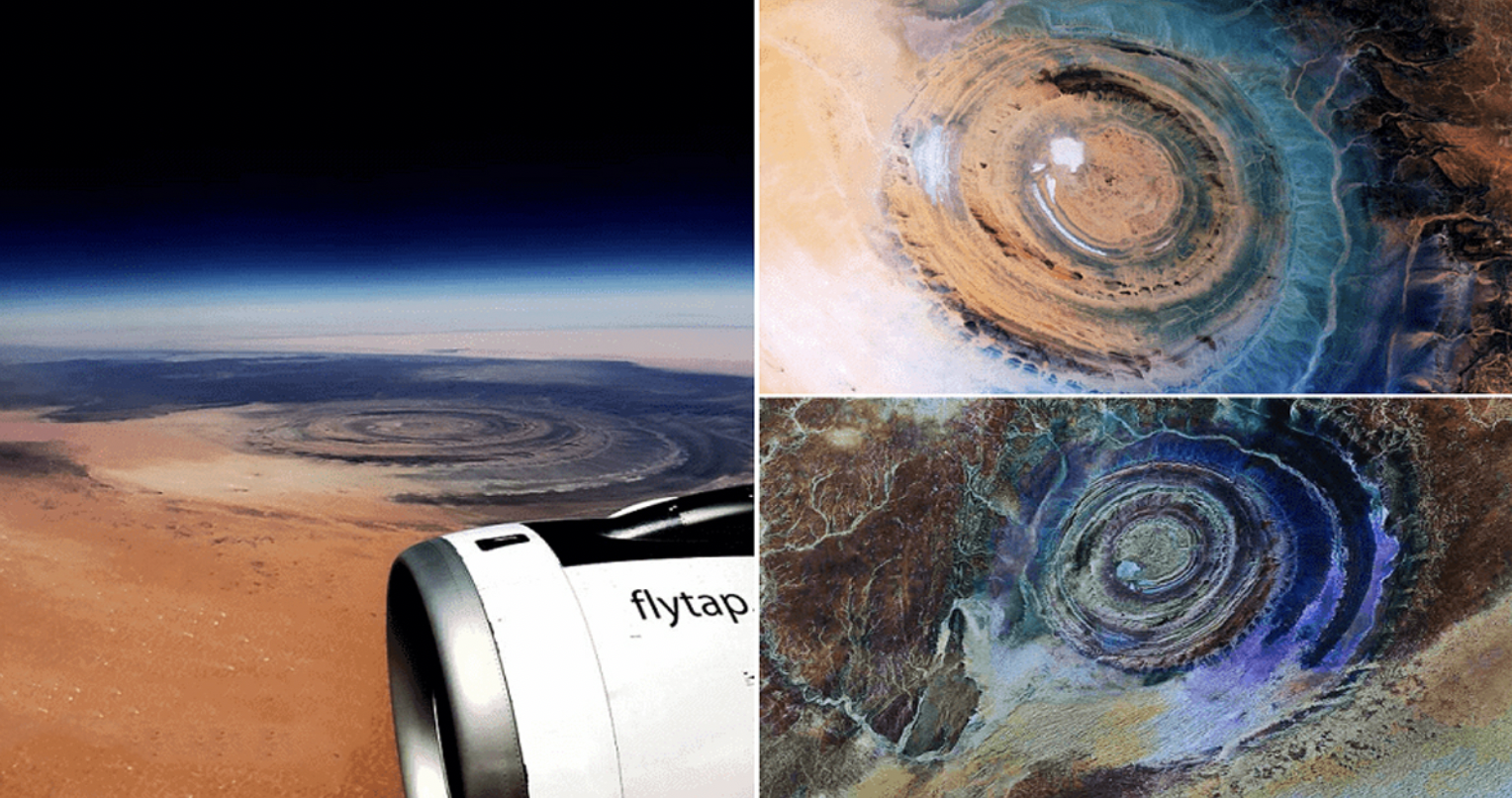 The Richat Structure is believed to be at least 500 million years old. The diameter of the ring structure is 40 kilometers and resembles a blue bullseye. It was first noticed in 1965 by NASA’s Gemini 4 mission, and the astronauts took several photographs of the structure to use it as a landmark to track their landing sequences’ progress. The structure was later photographed by the Landsat satellite that helped scientists to calculate its dimensions

Currently, it is argued that the Eye of the Sahara is a formation with the symmetrical structure of an anticline dome, created by the effect of erosion over millions of years. The center of the structure is constituted by diverse types of rocks (volcanic, igneous, carbonatite, and kimberlite), which were formed millions of years ago (between the Proterozoic and Ordovician eras). 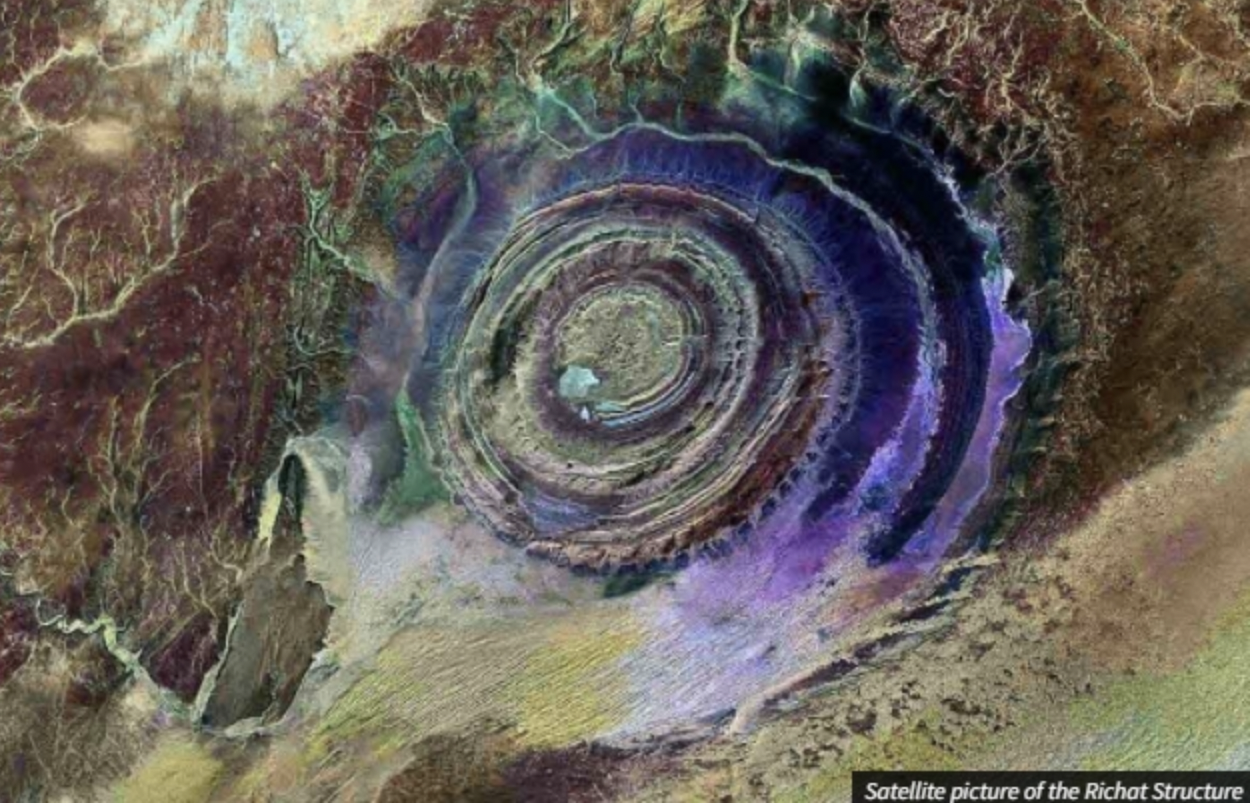 Ancient Origins writes: “Plato described the city of Atlantis, a huge circular city with an abundance of elephants, gold, and ivory. This is actually a reference to the ancient city of Cerne, an early Irish settlement in Mauritania, Africa. Cerne is derived from the Irish word cairn, which means stacked or piled rocks. Cairns is also heavily associated with the Greek messenger god Hermes and his Egyptian equivalent Thoth. The site of the City of Cerne, Plato’s lost city of Atlantis, is also known as the Eye of the Sahara or the Richat structure. 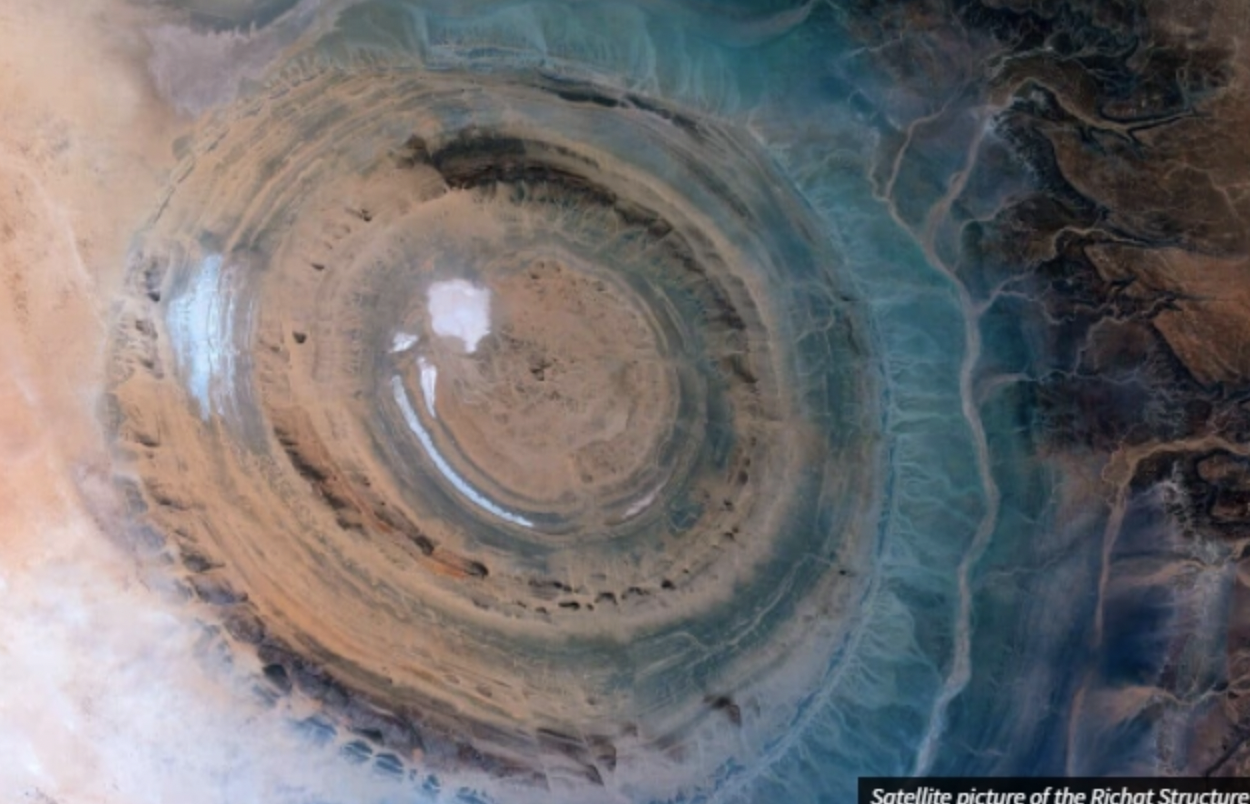 European Space Agency’s (ESA) Thomas Pesquet shared images on Twitter while more than 250 miles above Earth’s surface that captures the ‘Eye of Sahara’ in western Africa. The pictures depict a reddish and orange-colored landscape, along with a deep indentation at the center that looks eerily similar to what resides on the Red Planet. 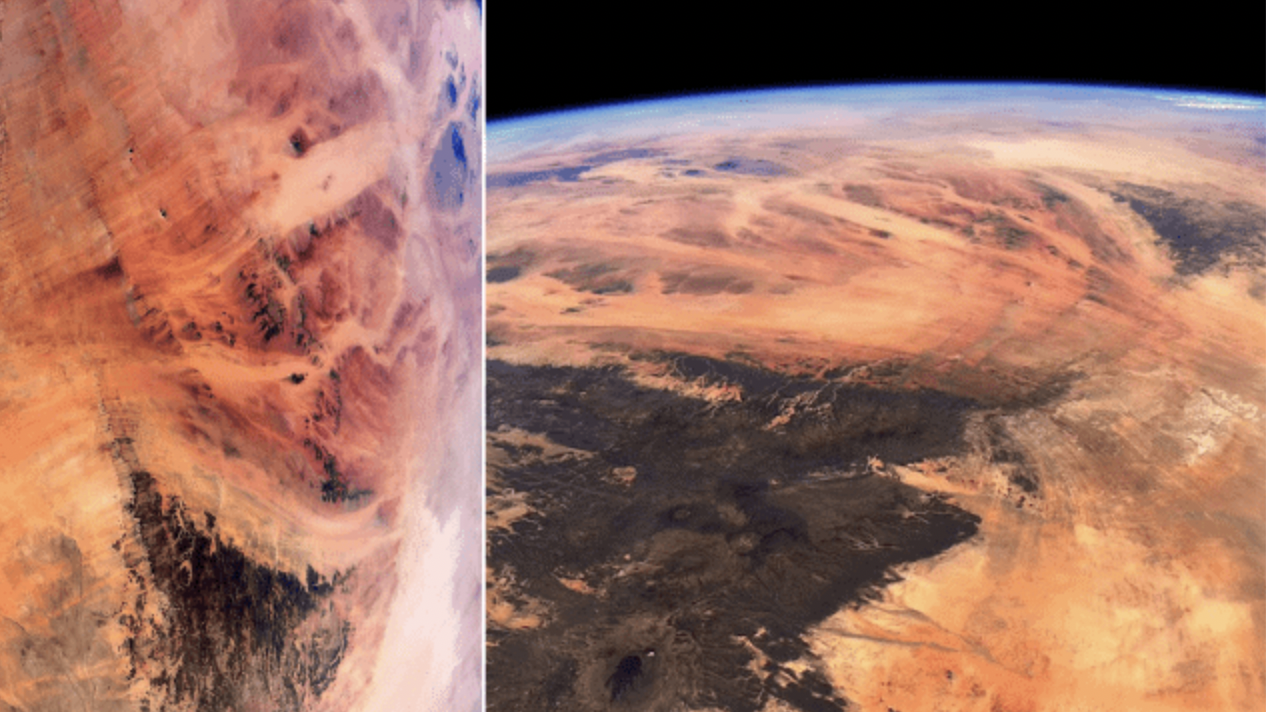 According to a study published by the Macquarie University of Sydney, Australia, in 2005, several hypotheses were presented to explain the spectacular Richat Structure, but their origin remains enigmatic, while a 2011 study concluded that “the structure requires special protection and further investigation of its origin.”

In 2018, an international team of researchers sequenced DNA from individuals from Morocco dating to approximately 15,000 years ago. The study showed that the individuals, dating to the Late Stone Age, had a genetic heritage that was in part similar to ancient Levantine Natufians and an uncharacterized sub-Saharan African lineage, to which modern West Africans are genetically the closest. 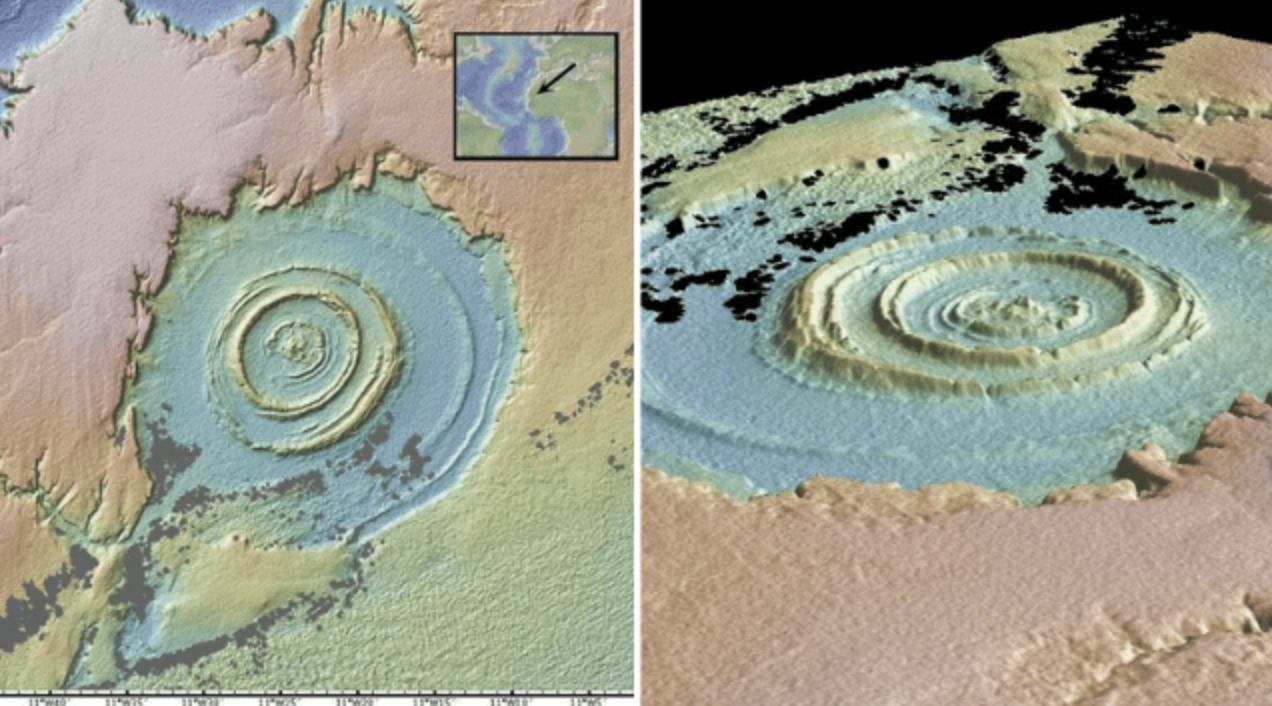 Though scientists found clear markers linking the heritage in question to sub-Saharan Africa, no previously identified population has the precise combination of genetic markers that the Taforalt individuals had. While some aspects match modern Hadza hunter-gatherers from East Africa and others match modern West Africans, neither of these groups has the same combination of characteristics as the Taforalt individuals. Consequently, the researchers cannot be sure exactly where this heritage comes from. One possibility is that this heritage may come from a population that no longer exists. However, this question would need further investigation.