When the moon moves in between Earth and the sun this week, will there be little green men inside, steering it into the right position?

You might think that the answer is a giant, screaming, ‘NO’…  but UFO sites would beg to disagree.

Some fans believe that the sheer coincidence of eclipses happening at all ‘proves’ that the moon is in fact an enormous, hollow spacecraft, piloted by incredibly advanced alien beings.

In a recent YouTube video, Christopher Knight, author of Who Built the Moon says, ‘The same numbers keep popping up. As Isaac Asimov said,  the eclipse is the most extraordinary coincidence. We started to look at the numbers – and they all worked perfectly. 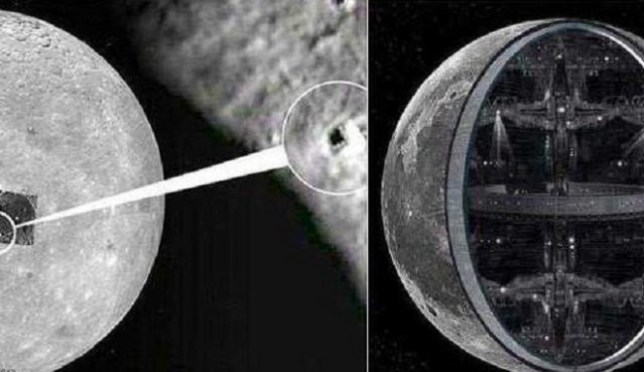 ‘The Earth rotates 366 times as it goes round the sun once. So you could say that the Earth’s number is 366. The Earth is 366% times the size of the moon. That struck us as crazy.numbers keep popping up.’

Knight believes it’s unlikely that the giant alien craft is about to turn its laser batteries on our planet and reduce it to blobs of molten rock floating in space.

He says, ‘We make a suggestion in the book, it seems most likely that DNA was seeded on the Earth. The Moon allowed Earth life to develop because of its effects on Earth life.’

Nigel Watson, author of UFOs of the First World War, says, ‘The idea of the Moon being hollow and the home to extraterrestrial beings isn’t new. H.G. Wells used this concept in his novel, The First Men in the Moon published back in 1901.

‘It came in favour as a a factual concept in the 1970s, after the Apollo Moon landings. Most of the theory is down to the fact that the Moon doesn’t seem to be as dense as the Earth, leading to the idea of it being hollow. 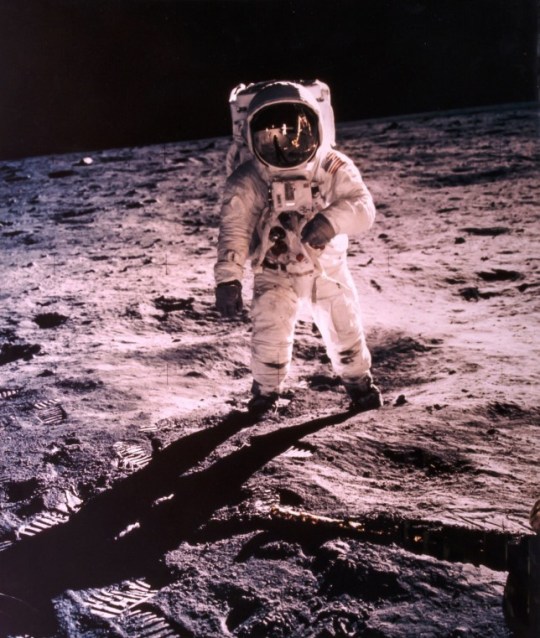 ‘If the Moon is a huge alien craft captured in the gravitational embrace of the Earth, it would account for a variety of artefacts and ‘buildings’ seen on the Lunar surface suggesting that it is, or was inhabitated by alien astronauts.

‘An even more amazing concept is that the Moon is a huge hologram in the sky that is being projected to hide the real Moon, and is able to hide from us the true nature of the activities on and under the Lunar surface. This idea is great for supporters of the contactee George Adamski who said that he was taken on a ride to the Moon on a flying saucer years before the Apollo astronauts, and claimed he saw buildings on the hidden dark side of the Moon.

‘Fascinating as these stories are I don’t think they hold up to close scrutiny, but they do reveal the belief that governments, perhaps in league with aliens, are capable of conspiracies on a massivescale over a very long time scale. Personally I think conspiracy theorists themselves are holographic projections beamed from Venus who are here to corrupt our thought processes.