What if the technology that modern humans believe they have accomplished by themselves is the gift of ancient gods? It is possible that the modernization in our world is actually the ancient knowledge once possessed by our ancestors. Ancient texts of different cultures contain legends, stories, and descriptions of technologies such as weaponry, aviation, biology, genetics, and even computers that comply with the present advanced technology humans have.

Sumerians, Egyptians, Mesoamericans & Ancient Indians (South Asia) are perhaps responsible for the major development in the Homo Sapiens civilization. Quoting Desmond Morris, “There are 193 living species of monkeys and apes. 192 of them are covered with hair. The exception is a naked ape self-named Homo sapiens.”

Did nature or some external force enhance human intelligence? The possible answer to it exists in Biotechnology. Tales from various sources suggest that the gods possessed an advanced knowledge of biology many millennia ago.

The Egyptian god Thoth helped Isis, the wife of Osiris, to extract from the dismembered Osiris the semen with which Isis was impregnated to bear Horus. A similar biological incident can be traced in the Hindu epic Mahabharata where Gandhari, a wife of Dhritrashtra, the blind king of Hastinapura, gave birth to 100 children (Kauravas) artificially, similar to “in vitro fertilization process” that we know today. 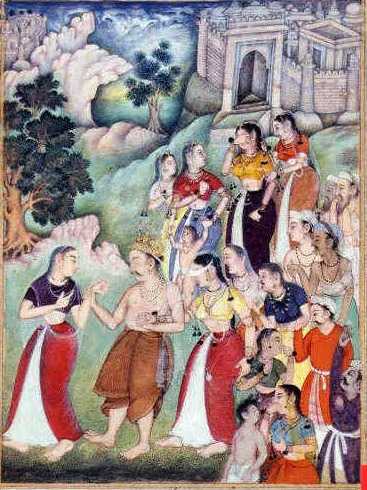 World History writes: “The urgency of giving birth to sons was hidden in the reason that whoever, of Kunti and Gandhari, gives birth to sons first, would probably be favored for the Hastinapur throne in their succession plan. Gandhari went to Dwaipayana and complained about the lump of mass, and doubted the rishi’s boon, to which Dwaipayana affirmed he had never spoken a lie even in jest. He then asked Gandhari to cut the lump of mass into 100 pieces and place it in 100 different pots filled with clarified butter and wait. On Gandhari’s request of a daughter, the pieces were cut into 101. The boon finally fructified and the first Kaurava, Duryodhana, was born followed by his 99 brothers, of which Dushasana became his favorite, and daughter Dussala.”

Another great example of human biotechnology can be found in the Biblical verse, “Before I (God) formed you (Human) in the womb I knew you, before you were born I set you apart; I appointed you as a prophet to the nations” (Jeremiah 1:5).

“Not one [sparrow] will fall to the ground without your Father’s knowledge. But the very hairs of your head are all numbered” (Matthew 10:29, 30). In addition to his illustration about the sparrows, Jesus said: “The very hairs of your head are all numbered.” According to jw.org, “This brief but profound statement amplifies the point of Jesus’ illustration about the sparrows. Consider: The average human head has about 100,000 strands of hair. For the most part, one hair seems just like the next, and no single hair seems to deserve our particular scrutiny. Yet, each hair is noticed and numbered by Jehovah God. Since this is the case, is there any detail of our life that Jehovah cannot know? Surely Jehovah understands the unique makeup of each of his servants.”

From “Tales of Ancient Egypt” by Roger Lancelyn Green: “though it is said that in truth Zeus, King of the Gods, whom you call Amen-Ra, was her father. Seti nodded when he heard this and murmured, Even as Amen-Ra was the father of Hatshepsut. Yes, the gods can indeed be the fathers of the spirits that dwell in the bodies of kings and queens.”

In his discussion of the Sumerian story of the creation of The Adam (“the earthling”) from Mesopotamian texts (clay tablets), Zecharia Sitchin (1985) writes, “…to achieve the feat Enki suggested that a ‘being that already exists’, Ape woman, be used to create the Lulu Amelu (‘the mixed worker’) by ‘binding’ upon the less evolved beings ‘the mold of the gods’. The goddess Sud purified the ‘essence’ of a young male Anunnaki; she mixed it into the egg of an Ape woman. The fertilized egg was then implanted in the womb of a female Anunnaki, for the required period of pregnancy. When the ‘mixed creature’ was born, Sud lifted him up and shouted: ‘I have created! My hands have made it!’.” 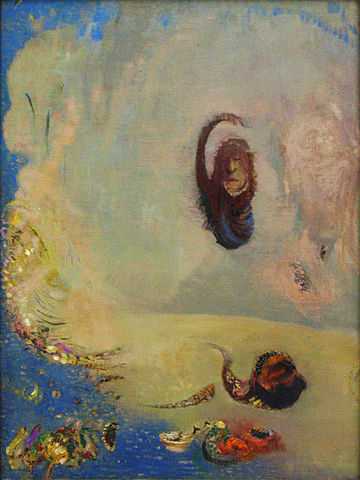