Alien abductions have been going on for decades. It is even believed that the Biblical Rapture is about a mass kidnapping of people. A well-known professor at Temple University, Philadelphia adds that the reason behind the kidnappings is to prepare for the invasion.

History professor David Jacobs has written several books related to alien abduction. In them you can read testimonies of victims that he documented and compared.

The professor revealed several of his findings in the new documentary Extraordinary: The Revelations, which airs on the television channel BLAZE.

For Jacobs the conclusion he came to after studying alien abductions is frightening, an alien species is laying the groundwork to invade Earth.

“We spread out across the world and conquer as much as we can… we don’t know if that’s true of other beings or not, but it’s certainly true of what humans have done. My best guess and this is a guess is that yes they are doing the same thing. That’s what they do like us.”

The professor claims that he spoke to a large number of abductees, who said that in the future they would have “work to do”. He suggested that many abductees remember receiving these “crowd control” instructions. 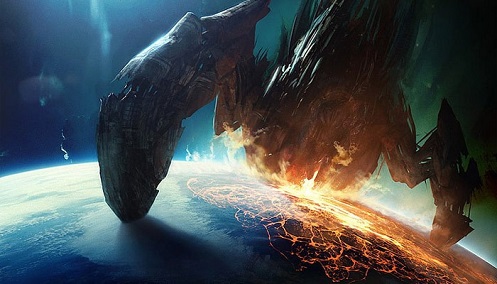 These descended from the ships and tried to walk among the humans. So they are trying to integrate into society before taking office. He also suggests that while they can control us, we cannot control them. They would be a kind of superhuman, so to speak.

The teacher claims not to know what will happen after the control takes place. But he believes this event has happened before.

Jacobs’ theory agrees with those who believe the aliens’ intention is to create hybrids. In this way they could influence and take control of earthly powers.

This is because the alien races must compete with other intelligent races that have collaborated with humanity.

This is not the first time this theory has been mentioned by an expert. In fact the control of humanity is even described by the fathers of the Ancient Astronaut theory. Is it possible that the aliens’ goal is to control us?