Lake Champlain is located on the US-Canada border. It is a large lake with 172 km in length and a maximum depth of 122 meters. It is potentially quite possible that large marine animals live in it.

According to various eyewitness accounts that are received regularly today, Champ has a small head on a long neck and a massive body with flippers, meaning he looks like Nessie. 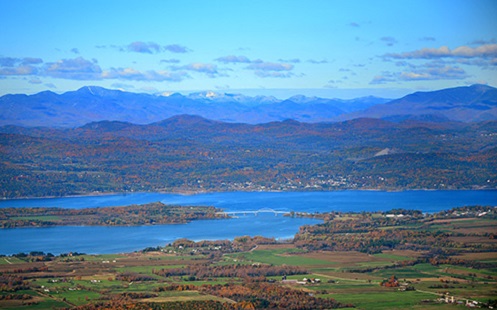 The first known sighting of a mysterious animal on Lake Champlain dates back to 1609 and belongs to the man who gave this lake its name. In his diary he wrote that he saw in the lake a snake-like creature about 6 meters long, about the thickness of a barrel and a horse’s head.

In the same place, he noticed that the local Indians know this creature well and gave it the name “chouserow”.

In the last 400 years hundreds of people have observed this strange creature, but only a few have managed to photograph it and only one person has managed to get a more or less sharp image. The photo below is the only known photo that actually shows a very strangely shaped animal.

Lake Champlain, unlike Loch Ness, was never explored with the intention of finding a “loch monster” in it and the rare cryptozoologists were unsuccessful until Kathy Elizabeth, a cryptozoologist from Vermont, recently arrived here. 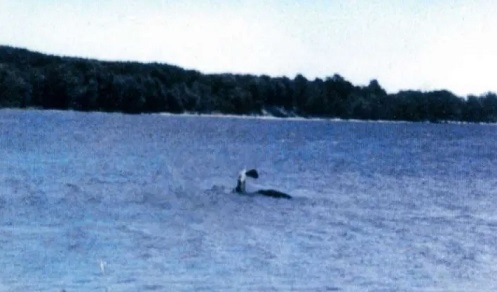 On September 10, 2022 she scanned the lake in a boat with sonar and recorded a large floating object at a depth that presumably is the same monster.

Cathy Elizabeth has spent the past decade studying this phenomenon and has long been preparing for this voyage by outfitting her Kelpie II boat with a series of equipment designed to possibly detect the cult’s cryptid.

Their sonar images show a long object moving across Lake Champlain at a depth of approximately 13 meters.

The anomaly that Elizabeth estimates to be 20 feet long appears to be some sort of living creature that has something long in front of its body, possibly its neck.

Cathy Elizabeth compared the appearance and movement of this anomaly to a school of small fish, sturgeons, groupers and even whales. And none of them matched the anomaly recorded by the sonar.