This is a fantastic UFO sighting that doesn’t conform to any usual UFO sighting and because of that, it makes me sceptical, but should it?

Just because it’s a bit different than the normal looking UFOs I’m used to seeing – I’ll be honest with you, I’m not liking it, it confuses me because it looks like smoke or a large cloud of gas instead of a normal UFO.

It’s not everyday that we’re driving along in the family car and we see a cloud looking UFO racing past because that’s exactly what we’re all seeing here in this baffling video. Obviously we’ve only got a second hand view from the video, but the woman’s daughter actually states that she can see something else inside the UFO? The video description is below bottom. 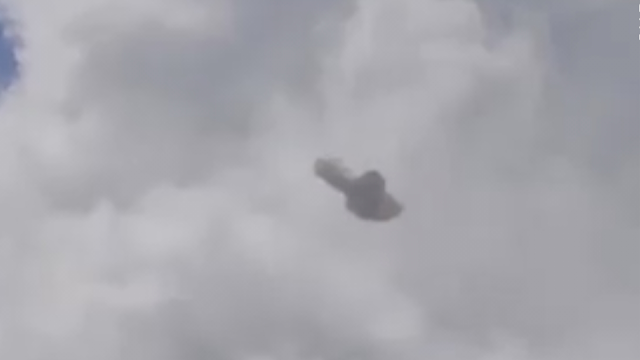 The UFO in the cloud below looks just like the cloud UFO whizzing past by the eye witnesses car. There’s a few similarities if it’s turned the right way?

Okay there’s a few difference’s like the one below actually happened in 2011, Sao Paulo, Brazil. But that’s okay because we don’t know yet how long the UFO has been here? 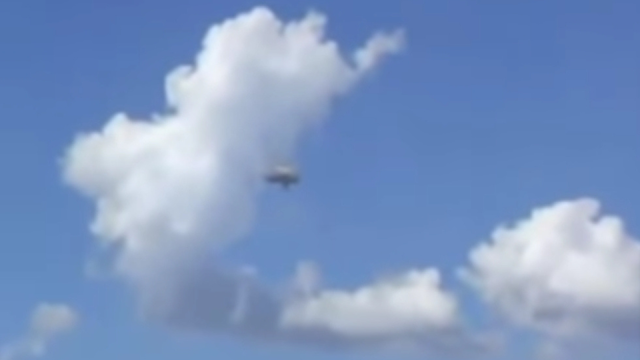 UFO Plasma Ball Hidden Inside A Cloud Falls To The Ground

I know that I’ll never like every UFO sighting that I come across, that’s a given. And because I already know that, I’m able to overcome my own prejudices (yes there’s such a thing in Ufology) especially when it comes to different shaped UFOs. You better believe that people do judge how real a UFO looks without even thinking about it.

That’s why it’s easy to skip “certain unreal looking UFOs” because we’re judging it. I always click on particular looking UFOs. We all do it, that’s why every now and again you’ll be reading comments on UFOs, say on Facebook (just as an instance) and in one comment it’ll say “fake UFO” then somebody else will write “I saw this same UFO near my house”.

It’s either a fake UFO or it’s a real one, right 50/50? But what looks real to one person might look fake to another person? It’s individual preference.

The UFO in this video is really unusual looking for every reason imaginable. It’s not a traditional looking craft, it’s almost like a cloud and yes it’s moving fast and it’s definitely going to only have a percentage of people who like it. But it definitely happened, it’s not a fake video and it was filmed on the spur of the moment. That’s why I’d like to know more about this and also what you guy’s really think about it? Personally I think there’s something to this because it’s traveling way to fast so it can’t be a cloud can it, but yet it almost looks like a cloud, right?

Here’s the really unusual looking video that was uploaded to YouTube by Dogtooth Media channel:

Video description:A mum and daughter were left ‘in awe’ of a UFO that flew across the sky while they waited at traffic lights – leaving people debating if it was a ‘plastic bag’ or a ‘cloaked ship’. Shaneika Joyner and her daughter India were sitting on Highway 52 in Goose Creek, South Carolina, USA, when they spotted a smaller dark grey object floating in front of them. In bizarre footage filmed on July 1, the six-year-old can be heard saying ‘oh my god, is something in there’ as the shape drifted above the signals ahead.

If you know someone who would appreciate this post, please can you share it with them, thanks. Also if you have any thoughts or opinions on this, post them in the comments section below, cheers.