hip that sank off the coast of Gela, to the south of modern-day Sicily.
A shipwreck sunk 2,600 years ago, off the coast of Gela in southern Sicily and the story of this ship is still fascinating today.
The ship – dated to the first half of the sixth century – was on its way to Gela in Sicily, possibly coming from Greece or Asia Minor. 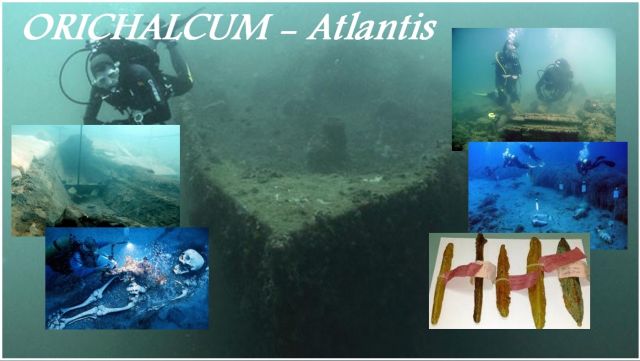 It was carrying ingots of orichalcum, ancient gleaming metal, which according to ancient Greeks was supposed to be mined in the legendary Atlantis, a land we have never been able to localize.

In 2015, underwater archaeologists recovered 39 orichalcum lumps from the shipwreck and earlier this month, additionally 47 pieces of this precious alloy have emerged from the seas of Sicily, reports Seeker. 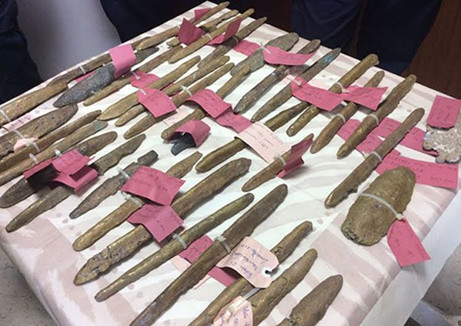 “The ship dates to the end the sixth century B.C.,” said Sebastiano Tusa, an archaeologist and and Sicily’s superintendent of the sea, said.
“It was likely caught in a sudden storm and sunk just when it was about to enter the port.”

Plato wrote that the metal, second only in value to gold, was mined in Atlantis and was used to cover Poseidon’s temple interior walls, columns and floors. A legend says that the temple stood on pillar made of orichalcum and inscribed with Poseidon’s laws. 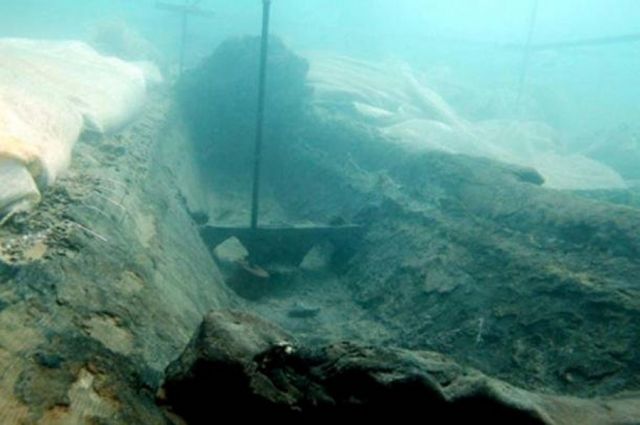 Today, most scholars agree orichalcum is a brass-like alloy, which was made in antiquity by cementation. This process was achieved with the reaction of zinc ore, charcoal and copper metal in a crucible. 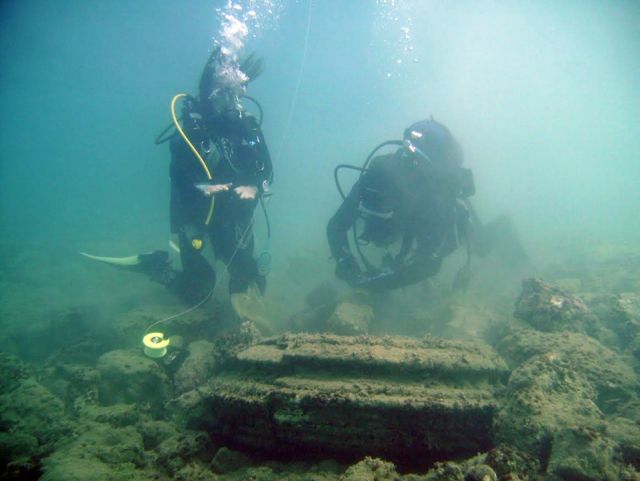 Using X-ray fluorescence, researchers have analyzed the 39 ingots and concluded that they are made with 75-80 percent copper, 15-20 percent zinc and small percentages of nickel, lead and iron.

This brass-like alloy was perhaps not as precious as Plato described it; however, it was valuable enough to be used by skilled craftsmen in workshops of the ancient city of Gela. 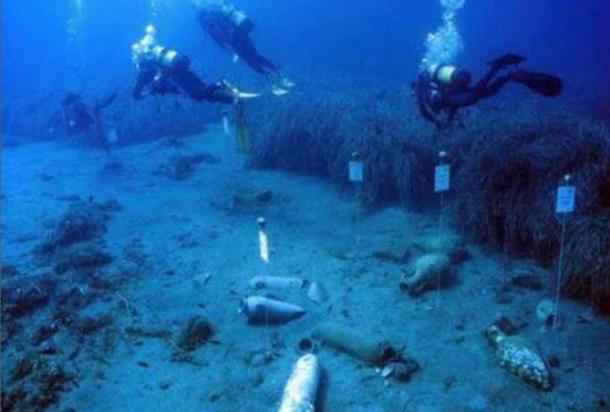