The discovery could help explain the discrepancy in Earth’s core density. 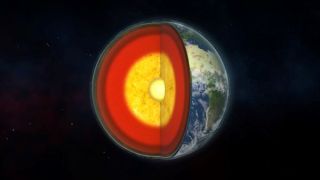